About Us
|
Our Team
|
Why Choose Us
|
Testimonials

Hilding V. Carlin moved to Fosston as a graduate of the University of Minnesota. He was a licensed embalmer and funeral director. In 1933, he moved from his home area of Cokato, Minnesota. In 1937, he became a partner and the business became known as Satran and Carlin Furniture and Funeral Home.

In 1947, Hilding purchased Albert Satran's interest and the firm became Carlin Furniture and Funeral Home. Gary Carlin joined the firm in 1955 as an apprentice and became a licensed mortician in 1957.

In 1960, the funeral home was moved from the furniture building to the former John Hillestad home and it's present location in Fosston. In 1970, Carlin Funeral Home started a branch operation in Erskine, Minnesota. The funeral home in Erskine was located in the former Nicoline Seberg home.

Hilding retired in 1974 and his son, Mark, moved back to Fosston from Anoka, Minnesota. At that time, Mark and Gary purchased the business and became co-owners. The firm was operated under the name of Carlin Furniture Store and Funeral Home, Inc.

In 1991, John Carlin, Gary's oldest son, joined the firm as a licensed mortician.

In 1994, construction began for a new funeral home in Erskine, located directly across the street from its former location. The structure was completed in the fall of 1995 and is currently serving the communities of Erskine, Mentor and surrounding areas.

In 1996, Tim Carlin, Mark's oldest son, joined the firm as a licensed mortician.

In 1997, John and Tim purchased the funeral business from Gary and Mark.

The funeral home operated as Carlin-Hoialmen Funeral Home until January of 2017 when Tim and his wife, Rhonda, purchased John’s portion of the business and Doug Hoialmen went forward into retirement. The name was changed at that time to Carlin Family Funeral Service.

Now, after nearly 90 years, Tim, Rhonda, and staff will continue the tradition of quality service that was established when the funeral home was dedicated in 1933. It is and will be truly our honor to serve your family. 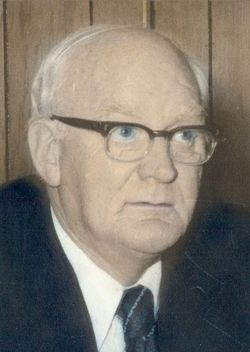