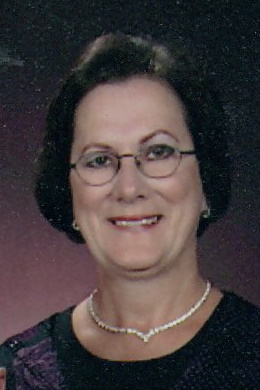 Alice Balstad, age 70, of rural Fosston, MN, passed away on Wednesday, June 16th, at Essentia Health Hospital in Fargo, ND. A Mass of Christian Burial will be held at 11:00 a.m. on Wednesday, June 23rd, at St. Mary’s Catholic Church in Fosston with Father Dave Super presiding. Interment will be in Bethel Cemetery, rural Winger, MN. Visitation will be held from 5:00 p.m. to 7:00 p.m. with a 6:00 p.m. prayer service on Tuesday, June 22nd, and for one hour prior to the service on Wednesday. All visitation will be held at St. Mary’s Catholic Church in Fosston. Arrangements are with Carlin Family Funeral Service of Fosston and messages of condolence may be shared at www.carlinfuneral.com.

Alice Marie Berberich Balstad was born on July 3, 1950 in Crookston, Minnesota to parents Leander and Mayme (Asselin) Berberich. She grew up on the family farm near Brooks, Minnesota, attended the Brooks school through the eighth grade and graduated from Plummer High School (with Honors) in 1968. Following high school she worked at Arctic Cat in Thief River Falls, Minnesota.

Alice was united in marriage to Harold “Sonnie” Balstad on June 30, 1973 at St. Joseph’s Catholic Church in Brooks. After their marriage, they lived and raised their family on their farm in Sletten Township near Fosston, Minnesota. In addition to being a devoted homemaker, Alice worked at Valley Homes in Thief River Falls for several years and did various painting and staining work in the area under her business name, A&J Painting.

Alice enjoyed gardening and meticulously cared for her yard and home. She also liked creating crafts and trapped gophers for years. She was an excellent cook and baker and everything made for her family was homemade. She also had a life-long passion for softball, playing on a softball team with her sisters and on other area teams for many years.

Alice’s faith was paramount in her life and was a devout Catholic. She was an active member of St. Mary’s Catholic Church in Fosston where she taught Friday School for many years. Alice was truly a servant, giving freely of her time and talents to helping others. She will be dearly missed.

She was preceded in death by her parents; three brothers, Leroy, Linus, and Lawrence; one sister, Carol; and brother-in-law, Mark Balstad.

To order memorial trees or send flowers to the family in memory of Alice Balstad, please visit our flower store.