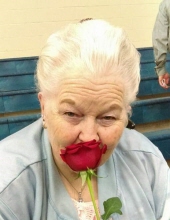 Barbara Johnstone, age 82, of Erskine, MN, passed away on Saturday, April 6th, at Essentia Health Hospital in Fargo, ND. Memorial services will be held at 1:30 p.m. on Thursday, April 11th, at the Pioneer Memorial Care Center Chapel with Pastor Seth Johnson officiating. Interment will be in Fairview Cemetery, rural Erskine, at a later date. Family will greet friends for one hour prior to the service on Thursday at the Care Center Chapel. Arrangements are with the Carlin Funeral Home of Erskine and messages of condolence may be sent at www.carlinfuneral.com. Barbara Yvonne Clausen was born on May 19, 1936 in Crookston, Minnesota to parents Andrew and Evelyn Mienerts Clausen. She grew up in Karlstad and Plummer, Minnesota and graduated from Plummer High School. After high school, Barb lived in Minneapolis. She worked at an insurance company and as a clerk prior to her employment at the Federal Reserve Bank. She worked in the mail department at the Federal Reserve for over 15 years.Barbara was united in marriage to Elmer "Jim" Eugene Johnstone on May 24, 1958. They lived and raised their two daughters in Northeast Minneapolis. Jim passed away in 1985. In 1987, she moved to North Carolina to be near her daughter, Danielle and her husband Robbie. She then lived in Monticello, Minnesota for a short time prior to spending a year or so traveling around the country in her truck camper. She was joined by Danielle and Robbie in Colorado where she worked as a caretaker for an older couple. Later, she lived near them again in Kansas before settling in Erskine in 2004 to assist her mother in the last years of her life. Barb lived the last few years in Country Place Assisted Living in Erskine and for a short time at Pioneer Memorial Care Center. Barbara was a member of Bethel Assembly Church in Fosston and was also active in Gosen Lutheran Church and Bethel Bible Church. She enjoyed participating in Christian Women, local church programs, Garden Club, and supported and cared for people by visiting residents in local nursing homes. Barb was also known for remembering birthdays. She always made people feel special by sending a card, calling the radio or by simply saying "happy birthday" and smiling as she greeted you. She was truly a servant, a woman of strong faith and a kind soul. She will be dearly missed.Survivors include two daughters, Tessa "Dawn" (Alan) Carlson of Minneapolis, and Danielle (Robbie) Bryant of Erskine; two grandchildren, Laura Bryant of Erskine, and Andrew (Katharen) Bryant of Ivanhoe, MN; three sisters, Judy Lindseth of McIntosh, MN, Faith Vierzba of Minneapolis, and Diane (Bob) Olson of Garland, TX. Numerous nieces, nephews and cousins also survive.She was preceded in death by her husband; her parents, one sister, Sandy Swanson; and three brothers, Francis, and twins, David and Morris.

To order memorial trees or send flowers to the family in memory of Barbara Johnstone, please visit our flower store.