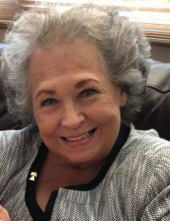 Beverley Lindberg, age 76, of Fosston, MN, passed away on Sunday, May 5th, at Essentia Health Hospital in Fargo, ND. Funeral services will be held at 10:30 a.m. on Friday, May 10th, at Hope Lutheran Church in Fosston with Pastor Seth Johnson officiating. Interment will be in Mamre Cemetery, rural Fosston. Visitation will be held from 5:00 p.m. to 7:00 p.m. with a 7:00 p.m. prayer service on Thursday, May 9th, at the Carlin Funeral Home in Fosston. There will also be reviewal for one hour prior to the service on Friday at the church. Arrangements are with the Carlin Funeral Home of Fosston and messages of condolence may be sent at www.carlinfuneral.com.

Beverley Ann Johnston was born on July 15, 1942 in Duluth, Minnesota to parents Warren and Mary (Mickelson) Johnston. She grew up in Duluth and graduated from Denfeld High School in 1960. After graduation, she moved to Minneapolis. While singing in the choir at the Tabernacle Church she met a handsome young man and her future husband, Dean. They were married at The Little Brown Church in the Vale in Nashua, Iowa on February 13, 1961. Bev and Dean made their home in the Twin Cities and Bev attended cosmetology school. In 1971, they moved to the Lindberg family farm in Hill River Township north of Fosston, Minnesota. From 1971 until 1979, she owned and operated My Fair Lady Salon in downtown McIntosh.

In 1981, the Lindberg family moved from the farm into town. In the late 1980's, Bev went to school in Fargo to get her Class A Commercial Trucking License. With Dean already driving, she wanted to be with him and assist him with driving on those long trips. She received her license in 1990 and they subsequently drove together as a team for the next 23 years. They sold the truck in 2013 after logging nearly 5 million miles together. In addition to driving, in 2005 and 2006, Dean and Bev completely renovated and remodeled an old home in Fosston with the intent of making this their home and a Bed and Breakfast. With the renovation completed in 2006, they named it "The Amanda House" after her grandmother, Amanda.Dean and Bev ministered through music for their entire lives. Together they sang at hundreds of weddings, funerals, church services and other special events. Their love of the Lord was always evident when they were singing.

Bev also liked entertaining guests, cooking, decorating her home, playing games (especially Scrabble), and was known for her classic Bunkerisms. Most of all, Bev loved her Lord and her family with all of her heart. She will be dearly missed.

To order memorial trees or send flowers to the family in memory of Beverley Lindberg, please visit our flower store.