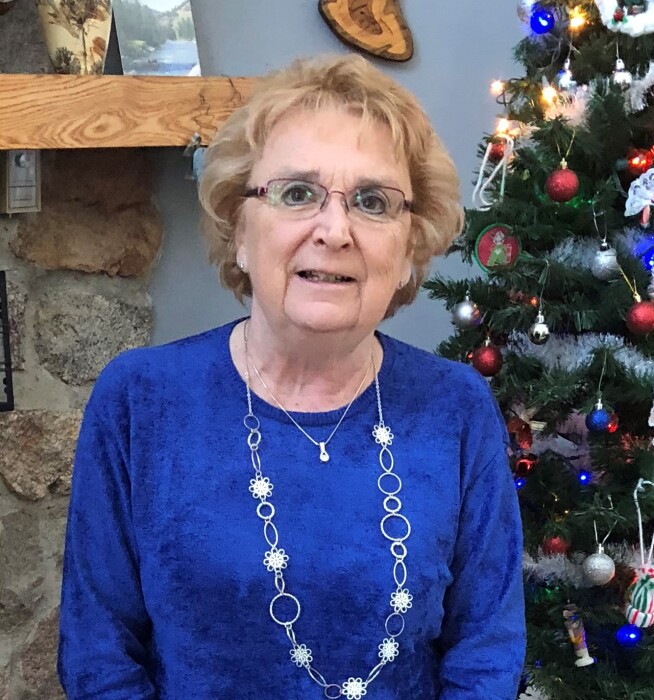 Beverly Leier, age 74, of Union Lake, near Erskine, MN, passed away on Wednesday, December 21st, at her home surrounded by her family. A memorial Mass will be held at 11:00 a.m. on Friday, January 6th, at St. Lawrence Catholic Church, rural Mentor, MN with Father Larry Delaney presiding. Visitation will be held from 5:00 p.m. to 7:00 p.m. with a 7:00 p.m. prayer service on Thursday, January 5th, at the Carlin Funeral Home in Erskine. Family will also greet friends for one hour prior to the service on Friday morning at the church. Arrangements are with Carlin Family Funeral Service of Erskine and messages of condolence may be shared at www.carlinfuneral.com.

Beverly Kay Nelson was born on December 20, 1948, in Fosston, MN to Selmer “Sam” and Frances Caroline Nelson (Nyhus).  She spent her childhood growing up in Fosston and graduated in 1966 from Fosston High School.

Beverly was united in marriage to Clifford Asselin in 1967, and they had three children, Connie, Michelle, and Clifford.  Beverly raised her three children in Fosston, MN.  She pursued a nursing degree from Northland Technical College in Thief River Falls, MN.  She completed her board certification and became a register nurse (RN).  She worked in many different capacities in the nursing industry, working as a hospital nurse in Fosston, MN, caring for patients as a traveling rural home healthcare provider, and a rural hospice care provider.  She finished her nursing career at Riverview Health in Crookston, MN as part of the administration team.  Her children are extremely proud of all the hard work and sacrifices that their mother made to raise them while obtaining her nursing education.

On January 25, 1987, Beverly and Daniel Curtis Leier were united in marriage in Las Vegas, Nevada.   They lived on a farmstead in McIntosh, MN from the time they got married until 1996, at which time they moved to a lake cabin on Union Lake.  Bev and Curt shared many common interests.  They enjoyed planting a garden, and loved to share the fruits of their labor by preparing meals for family, friends and neighbors using her garden produce.   Bev had a passion for travel which included a trip to Germany where she spent time with her niece, Erin who was living in Germany.  Winter vacations and get aways were part of a routine for many years.  It was Bev’s way of getting some winter relief and spending time with Connie in Georgia, Cliff in Texas, and Michelle in California.  Several winter trips were spent with her sister, Marilyn at their home in Lake Havasu City.  During the summer, she would regularly invite her brother, Jim and sisters, Jeannie and Arlys to spend time with her at their home on Union Lake.  Bev was a very giving person and helped family and friends.  Bev was passionate about following the Minnesota Twins and the Minnesota Vikings.  She enjoyed going to her grandchildren’s sporting events.

To order memorial trees or send flowers to the family in memory of Beverly Leier, please visit our flower store.
Open