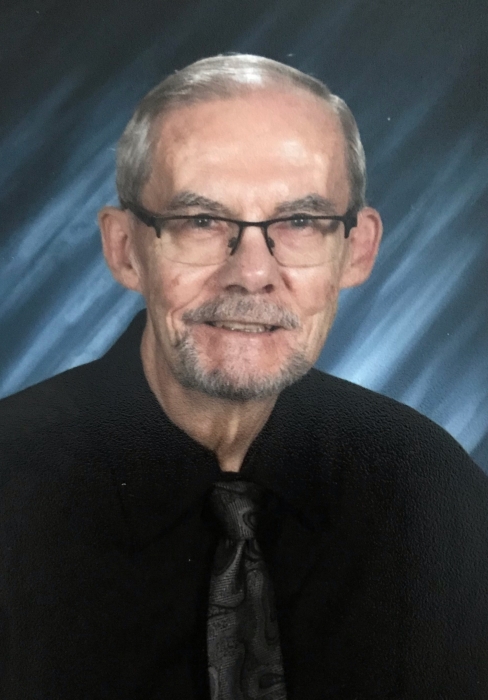 Bruce McWilliam, age 76, of Winger, MN, passed away on Tuesday, March 8th, at Essentia Health Hospital in Fosston. Funeral services will be held at 2:00 p.m. on Sunday, March 13th, in the Fosston High School (New Gym) with Pastor Seth Johnson officiating. Interment will be in Fairview Cemetery, rural Erskine, in the spring. Visitation will be held from Noon until 2:00 p.m. on Sunday afternoon in the high school. The service will be live-streamed on the Carlin Facebook page and recorded for viewing later on the Carlin website. Military honors will be provided by the National Guard Honors Team. Arrangements are with Carlin Family Funeral Service of Fosston and messages of condolence may be shared at www.carlinfuneral.com.

He was baptized and confirmed at Calvary Lutheran Church, Winger, Minnesota where he was a member his entire life and currently serving as a deacon. He grew up on the family farm two miles southeast of Winger. He attended grade school in Winger and graduated from McIntosh High School, McIntosh, Minnesota in 1963. He attended Colorado State College, in Greeley, Colorado for his freshman year of college to live with his oldest sister, Jean’s family along with his older sister Susan. He then transferred to NDSU in Fargo where he graduated with his BS degree majoring in Social Studies with an English minor.

His first teaching job was in Green Isle, Minnesota for one year, the second position was in the Erskine High School teaching English and Social Studies along with his start in directing plays. As he was teaching, directing, and being the yearbook adviser, he also was dairy farming. He affectionately earned the name “Mr. Mac”.  He taught for two years before being drafted into the Army and sent to Vietnam just before Christmas in 1969. He was stationed with the 47th Transportation Company that delivered fuel to outlying companies. During his service, he was awarded a Bronze medal and was chosen soldier of the month. In 1970, he was sent to Ansbach, Germany. During his time there, he wrote many poems, short stories, took pictures, and was able to cultivate his creativity. Being away from his family, friends, and his cows was difficult, but it gave him the opportunity to travel to various countries where he met relatives in Portsoy Scotland. He was able to visit the nearby homestead in the Parish of Keith Banffshire, the village his great-grandparents emigrated from. He returned home to Minnesota in February of 1972.

One of his life-long passions was cows. He could always remember the names of the cows he had over the years. He showed dairy cattle in 4-H, as well as into adulthood, showing at the Red River Valley Fair, county fairs in Mahnomen Bagley, Fosston, Fertile, and at the Minnesota State Fair. He was a 4-H leader for over 30 years, and he would lease his cattle to any youth who were interested in showing dairy animals and continued being a leader while his two daughters were in the 4-H program. The yearly vacation was to attend the MN State Fair.

He was an important member of the community being part of the Fosston School system for almost thirty years. His students were all very important to him and he was excited to start school last Fall in hopes it would be a better year for students even though COVID still loomed over their school year. He never officially retired, and always thought his time was well spent helping others.

He enjoyed spending time with his family, visiting friends, hosting card parties, reading a good book, acting in community theatre, and the Winger Variety Shows. He liked to cook and bake and could be found sharing his creations like hot-dish or strawberry dessert with others.

Most importantly, he was a large part of the family he created when he married LaVonne (Moteberg), in 1989. He was blessed with two girls, that he cherished and they fulfilled his dream of being a dad. He loved sharing his passion for cows and nature with them. Bruce could tell you where all the lady slippers were in the ditches, as well as where the best plum trees and wild strawberries grew.  He grew up with rolling hills and believed being outside was the best way to experience life. He continued to instill those values with his only grandchild, Emmie, as he would bring her outside to help in the garden or go on his neighborly visits. His favorite role in life was being her “Bopa.”

He was preceded in death by his parents, his older sisters Jean Hagen and Susan Flermoen, and his younger brother, Jan.

Blessed be the memory of Bruce Alexander McWilliam

To order memorial trees or send flowers to the family in memory of Bruce McWilliam, please visit our flower store.