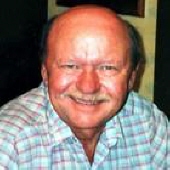 Courtney Nelson, age 69, of Mentor, MN, passed away on Sunday, June 5th, at the Veteran's Administration Hospital in Fargo, ND. Funeral services will be held at 11:00 a.m. on Friday, June 10th, at Faith Lutheran Church in Mentor with the Rev. Michael Sletto officiating. Interment will be in Faith Lutheran Cemetery, Mentor. Visitation will be held from 5:00 p.m. to 7:00 p.m. with a 7:00 p.m. prayer service on Thursday, June 9th and for one hour prior to the service on Friday. All visitation will be held at Faith Lutheran Church in Mentor. Military honors will be provided by the Vanderwaal-Lusty American Legion Post #421 and the National Guard Honors Team. Arrangements are with the Carlin-Hoialmen Funeral Home of Erskine and messages of condolence may be sent at www.carlinhoialmen.com.Courtney Dale Nelson was born on July 19, 1946 in Crookston, Minnesota to parents Olaf and Eva (Iva) Berg Nelson. He lived with his family in several communities in northwest Minnesota as his father worked for the railroad. He graduated from Climax High School in 1964. Following his graduation from high school, Courtney attended the Thief River Falls Technical College where he attained a degree in airplane mechanics. He entered the United States Army in April of 1966 and served in Thailand as a single engine airplane repairman. He received his honorable discharge in April of 1969 with the National Defense Service Medal, Armed Forces Expeditionary Medal - Thailand, and the Aircraft Crewman Badge.Courtney returned from the service and worked for a year in Chicago selling records and this is also where he began his trucking career. He was united in marriage to Beverly Danielson on June 9, 1973. After their marriage, they lived in Indiana for a couple of years before moving to Erskine in 1975. They later moved to Mentor where they have since resided.Courtney was a truck driver for 46 years with over 30 of those years spent with Dart Transit. He also trucked for American Crystal, Jam Tram, and was currently a driver for Pro Transport of Grand Forks. He was a member of Faith Lutheran Church in Mentor and the Vanderwaal-Lusty American Legion Post #421 of Mentor.Survivors include his wife of 43 years, Beverly, of Mentor; three children, Laura (Charles) Newman and their son, Riley, of Grand Forks, ND, Jeremy (Jennifer) Nelson and their son, Ian, of Crookston, and Stephanie Nelson of Crookston; one brother, Ordean Nelson of Crookston. Nieces, nephews and cousins also survive.He was preceded in death by his parents; and his brothers, Stanley, Wesley, Glen, baby Courtney, and Alan.Honorary Pallbearers: James Grove, Kelly Lund, and grandsons, Ian Plante and Riley Newman.Active Pallbearers: Roger Danielson, Jody Danielson, Darrell Bohlman, Eugene Benson, Michael Nelson and Maurice Nelson.

To order memorial trees or send flowers to the family in memory of Courtney Nelson, please visit our flower store.