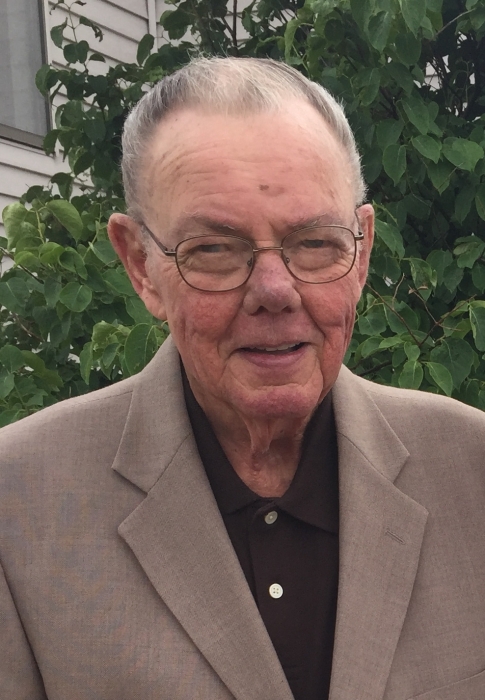 Dale Seim, age 83, of Fosston, MN, and formerly of Hankinson, ND, passed away on Monday, April 11th, at Essentia Health Hospital in Fosston. A memorial service will be held at 11:00 a.m. on Saturday, April 16th, at the Carlin Funeral Home in Fosston with the Rev. John Ragan officiating. Family will greet friends for one hour prior to the service on Saturday at the funeral home. Military honors will be provided by the Naval Honors Team. The service will be live-streamed on the Carlin Facebook page and also recorded for viewing later in the day on the Carlin website. Arrangements are with Carlin Family Funeral Service of Erskine and messages of condolence may be shared at www.carlinfuneral.com.

Roger Dale Seim was born on June 5, 1938, near Cooperstown, North Dakota to parents Obert and Inga (Johnson) Seim. He grew up near Cooperstown and attended Cooperstown High School. Throughout his life Dale had many interesting experiences. He enlisted in the Navy in January 1956 and went on a pretty impressive adventure. He had the opportunity to see the world and encounter amazing cultures. He spent the majority of his three and a half years on a ship overseas. His last duty assignment was onboard the USS Sutherland. He received his honorable discharge in June 1959 and returned to Cooperstown.

Upon returning from the Navy, he made his first entrepenurialship decision and bought a gravel truck.  His next adventure took him to West Fargo. While in West Fargo, Dale was set up on a blind date and he fell in love. Dale was united in marriage to Sharon Louise Bock on May 21, 1961, at Trinity Lutheran Church in Lisbon, North Dakota.

He decided to go to the National School Of Meat Cutting in Toledo, Ohio to become trained in the meat cutting industry.  He completed his training in 1962 with the highest score in his class.  Shortly after graduation he received a job offer from a West Fargo grocery store to work in their meat department.  After a successful run at the store, a representative from the Nash Finch Company approached him and offered to back his next venture. Dale and Sharon packed up their daughters ,Tina and Michelle, and put down new roots in their new hometown of Hankinson, ND. They bought a grocery store in 1972 and named it Dale’s Jack and Jill. Together, Dale and Sharon owned and operated the store until they sold it in 1998.  Throughout the years their family grew with the addition of their son-in-laws, Dan and Kyle. He was very proud of being called ‘Pops’ by his grandchildren. A nickname he chose for himself.

The intent of selling the store was to retire. However, Dale chose to keep working. He worked at many places in the Hankinson area, including  the City of Hankinson, Falk Well Drilling, ID Machine, Hankinson Drug Store and area farmers.  For a few harvests Dale even worked with his son-in-law at Vig Farms, Fosston, MN. Dale simply thrived on being busy and work was an enjoyable part of his life.  As a young boy Dale learned the value of hard work as he worked to help support his widowed mother and family.

Though he enjoyed his work, Dale also had hobbies and activities he liked to take part in. He enjoyed pheasant and deer hunting, snowmobile riding, and camping on the weekends with friends and family. Dale’s main passion was fishing. For 35 years he went on multiple trips to Moak Lodge in Canada to go fishing with his friends and family.

The people of Hankinson were like family to Dale. He loved to drink coffee and shake dice at his favorite place, Rosie’s Bakery.  The hours he spent there, over the years, with his coffee buddies were priceless. When Rosie’s closed its doors, these men found new places to have their time together.

Dale always displayed his gratitude and would greet you with a compliment. Family and friends were Dale’s most cherished assets.

To order memorial trees or send flowers to the family in memory of Dale Seim, please visit our flower store.