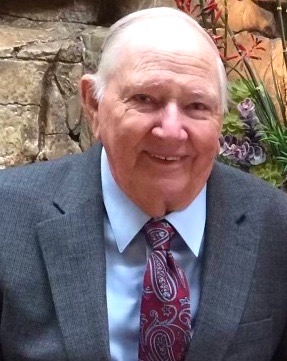 David Andree, age 86, of Fosston, MN, passed away peacefully on Saturday, November 13th, at his home. Memorial services will be held at 2:00 p.m. on Friday, November 19th, at Hope Lutheran Church in Fosston with the Rev. Jane Ekholm officiating. Inurnment will be in the Hope Lutheran Columbarium at a later date. Family will greet friends for one hour prior to the service on Friday at the church. Arrangements are with Carlin Family Funeral Service of Fosston and messages of condolence may be shared at www.carlinfuneral.com. Military Honors will be provided by the National Guard Honors Team. In lieu of flowers, memorials are preferred to Essentia Hospice or Hope Lutheran Church.

David Elwood Andree was born in Bemidji August 27, 1935, to Ivan and Cora Andree.  He grew up at Island Lake, where he attended Pleasant Valley Elementary School for eight years and then Bemidji High School, graduating in 1953.  He attended Bemidji State College for one year after which he enlisted in the Army.  He spent a year and a half with the 35th Field Artillery Division stationed in Schweinfurt, Germany.  After discharge, he enrolled in the University of Minnesota at Duluth, graduating in 1959 with a degree in mathematics and industrial education.

On May 28th, 1955, David married Nancy Maher at Our Redeemer's Lutheran Church in Puposky. Nancy finished college while Dave was in the service, and then taught school while Dave finished college, and together they moved to Fosston in 1959. Dave spent his entire career teaching at Fosston High School, teaching every student who attended Fosston High School for 30 years.

Dave was an outdoorsman.  He loved hunting, trapping, fishing, boating, and snowmobiling.  He was a master woodworker, and spent happy hours in his shop turning out furniture and gifts. He belonged to Hope Lutheran Church of Fosston for over sixty years.  He was on the Fosston City Council when the Civic Center was built, and taught firearms safety. David loved visiting with people, and enjoyed his retirement years having morning coffee with local friends.

To order memorial trees or send flowers to the family in memory of David Andree, please visit our flower store.