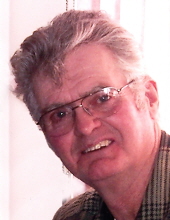 David Myklejord, age 79, of Fosston, MN, passed away on Thursday, January 2nd, at Essentia Health Hospital in Fosston. Funeral services will be held at 11:00 a.m. on Saturday, January 11th, at Hope Lutheran Church in Fosston with the Rev. Jane Ekholm officiating. Interment will be in Brandsvold Cemetery, rural Fosston. Visitation will be held from 5:00 p.m. to 7:00 p.m. with a 7:00 p.m. prayer service on Friday, January 10th, at the Carlin Funeral Home in Fosston. There will also be reviewal for one hour prior to the service on Saturday at the church. Military honors will be provided by the National Guard Honors Team. Arrangements are with Carlin Family Funeral Service of Fosston and messages of condolence may be sent at www.carlinfuneral.com.David A. Myklejord was born on May 31, 1940 at Fosston, Minnesota to parents Oscar and Viola (Kindem) Myklejord. He was a resident of Fosston and attended Cloverdale school near his home for 8 years and then attended high school in Fosston for 2 years.He was baptized and confirmed at Hope Lutheran Church in Fosston and was a member of Zion Lutheran Church of rural Fosston.He worked for several area farmers until he entered the U.S Army in December 1961 and was honorably discharged in December 1963. In 1965, he began sailing career on the Great Lakes with United States Steamship and later continued to sail with the Interlake Steamship Co.and retired in July of 2000. He returned to the Fosston area where he has resided ever since.In his younger years, he loved riding motorcycles and owned several motorcycles and scooters. He enjoyed spending time with his dogs over the years and made sure they were indoors during the cold weather.During his lay-off in the winter months, he enjoyed cutting wood and heating his home and shop with wood furnaces that he built. He completely remodeled He enjoyed watching sporting events on T.V. David was united in marriage to Viola June Olness on August 28, 1971at the Mt. Olivet Lutheran Church in Minneapolis.He is survived by his wife, Viola. Three children: daughter Jenell (Mark) Strandberg of Clearbrook, son Sterren Myklejord of Fosston, and son Vance Myklejord of Fosston. One grandson, Tyler Strandberg of Clearbrook. One brother, Duane (Ruth) Myklejord of Fosston. One pup, Edgar. Grandpups, Ole, Olaf, Elmer, Sophia, Lizzy & Emma.He was preceded in death by his only sister, Janet (Myklejord) Bain in 1977, his mother, Viola in 1981, his father, Oscar in 1987, his grandparents, 8 aunts and 8 uncles.Interment will be at Bransvold Cemetery.David planted all of the spruce trees on the north sideof the cemetery in memory of his parents.

To order memorial trees or send flowers to the family in memory of David Myklejord, please visit our flower store.