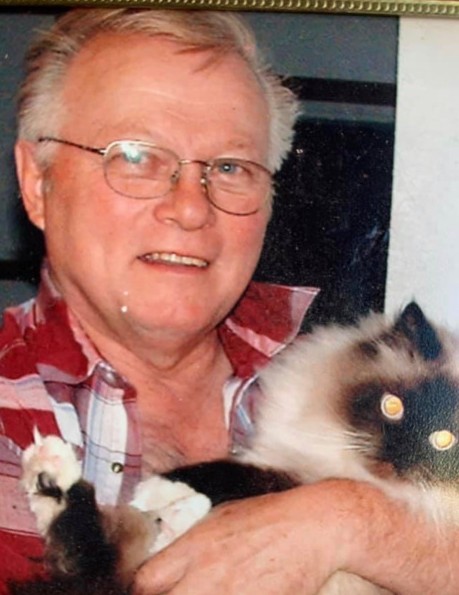 David Paulson, age 77, of Fosston, MN, passed away on Tuesday, October 5th, at Cornerstone Living Extended Care in Fosston. Funeral services will be held at 11:00 a.m. on Saturday, October 9th, at the Carlin Funeral Home in Fosston with the Rev. Jane Ekholm officiating. Interment will be in Froen Cemetery, rural Fosston. Visitation will be held for one hour prior to the service on Saturday at the funeral home. Arrangements are with Carlin Family Funeral Service of Fosston and messages of condolence may be shared at www.carlinfuneral.com.

David Allen Paulson was born on July 8, 1944 in Bagley, Minnesota to parents Delvin and Gladys (Walberg) Paulson. He grew up in Fosston and attended Fosston schools. After his schooling, David worked with his uncle, Lee Paulson, learning the trade of carpet installation.

David was married to Susan Marie Clemenson on December 4, 1965. To this union, three sons were born, Mike, Darren and Jason. They lived north of Fosston in Queen Township and later moved to Clearbrook, Minnesota. Dave was well-known carpet installer in the area for over 50 years. He never did officially retired, but was forced to quit due to health reasons in 2019. Currently, he and Sue were living at Cornerstone Assisted Living in Fosston.

He was preceded in death by his parents; and infant brother, Duane; and brother-in-law, Raymond Baatz.

To order memorial trees or send flowers to the family in memory of David Paulson, please visit our flower store.