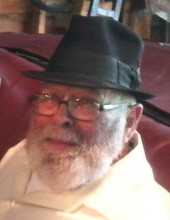 Don Barrow, age 82, of Erskine, MN, passed away on Wednesday, June 10th, at his son's home in Grand Forks under care of Hospice. Funeral services will be held at 2:00 p.m. on Monday, June 15th, at Grace Lutheran Church in Erskine with the Rev. Michael Sletto officiating. Interment will be in Lima Cemetery, rural Erskine. Visitation will be held for one hour prior to the service on Monday at the church. Arrangements are with Carlin Family Funeral Service of Erskine and messages of condolence may be sent at www.carlinfuneral.com. Social distancing guidelines will be observed and face masks are recommended. In lieu of flowers, memorials are preferred to Lima Cemetery Fund or the Erskine Fire Department.Donald Duane Barrow was born May 6, 1938 in Poplar River Township, Mn (Red Lake County) to parents Robert Richard Barrow and Lorraine Louise (Rossignol) Barrow. He was baptized in the Catholic faith in Brooks, Minnesota. He has two siblings, Darold Richard Barrow (Nov 2, 1939) of Portland, Oregon and Janice Virginia Marsh (March 19, 1943) of Minneapolis, Minnesota. Don's Mother died in August of 1943 and the family then moved to live with his paternal Grandparents, Elijah and Maude Barrow on their farm outside of Brooks, MN. When the farm sold in April of 1946, the family relocated to Erskine, MN to a home on the North side of the village now known as Vance Avenue. Don attended Erskine Public School. He worked in the Barrie Fields around Portland every summer and stayed with his Uncle Rolland. He married Donna Haugen and eventually they had one son Barry in 1958. Don worked in the Iron ore in the Hibbing area for a couple of years before relocating back to Erskine. He began as an apprentice at Bagne's Meat Market eventually purchasing the store in 1960 and renaming it to Don's Meat Market, where he had a grocery store and did custom butchering. He semi-retired in 1991 but opened a small Butcher shop on the North end of Erskine a couple of years later. Both Don and Mavis fully retired in 2001.He married Mavis Hansen in 1966 and became a loving stepfather to her 4 young girls. They worked hard building their business and to this union a son Dale was born in 1968. Don loved practical jokes. Playing checkers, cards, (of which he seldom lost) Fishing (especially spearing in the winter), watching the MN Twins and Vikings, and for some strange reason the Packers. He also was a life-time bowler and won many championships over the years at Crookston and Oklee. From the time he could find a way to make money, Don worked exceptionally hard beginning with a paper route in grade school. Snow and freezing weather never deterred him from doing his very best. He carried these attributes into adulthood and could always be counted on to lend a hand, money, tools, etc. He seldom gave advice because he figured you should be smart enough to figure it out the way he had to. He has never judged others and at the most you would get is a shake of the head. He and his wife Mavis were a team that worked side by side every day teasing and enjoying each other to the admiration of all that had the privilege of knowing them. He was a member of Grace Lutheran Church in Erskine and a volunteer on the Erskine Fire Department from 1960 until 2000. Don passed away on Wednesday, June 10, 2020 at his son's place in Grand Forks at the age of 82.Survivors include his son, Dale (Laurene) Barrow of Grand Forks, ND; daughter, Linda Molstad of Schofield, WI; brother, Darold Barrow of Portland, OR; sister, Janice Marsh of Minneapolis, MN; sons-in-law, Pete Lacoursiere and Patrick Seidel, both of Crookston, MN; grandchildren, great grandchildren and other relatives; and special friends, Darlene Greendahl and Geraldine Olson, both of Erskine.He was preceded in death by his wife, Mavis, on August 4, 2018; parents, Robert and Lorraine; one son, Barry; three daughters, Bonnie Gebauer, Paulette Lacoursiere, and Nanci Seidel; grandchildren, Chad Molstad and Tawnya Plante.

To order memorial trees or send flowers to the family in memory of Donald Barrow, please visit our flower store.