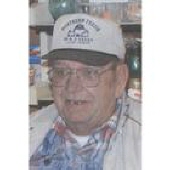 Don Boll, age 76, of Trail, MN, passed away on Sunday, April 3rd, at Essentia Health Hospital in Fosston, MN. Visitation will be held on Thursday, April 7th from 5:00 to 7:00 p.m. with a prayer service at 7:00 p.m. at the Carlin-Hoialmen Funeral Home in Fosston. Burial services will be on Friday, April 8th at 11:30 a.m. at Sand Valley Lutheran Cemetery, rural Trail, MN with an open house to follow at the Gully Café. Dawn Hanson, LLM will officiate the services. The Carlin-Hoialmen Funeral Home of Fosston is in charge of the arrangements. Messages of condolence may be sent to carlinhoialmen.com.Donald Edward Boll was born January 21, 1940 to John Boll Sr and Dorothy (Wilson) Boll in Fort Meade, SD. As a young boy he lived in South Dakota, Fort Knox, KY and Japan, settling in Hampshire, IL in 1952. He learned many trades as a young man from driving truck and farming with his Grandpa Wilkerson at 12 years old.In 1956 he met his best friend and soul mate Janice VanVleet in high school and they married in 1960. They have 3 of the greatest daughters, Jodi, Tia, and Tracy (Murph). He was jack-of-all-trades, but farming was his passion. In 1972 together with Jan, the 3 girls, their dog "Boots" and their cattle, they moved to a farm north of Gully, MN and pursued their farming dream. For Don it was a good life, he loved his cattle, the farm and worked at many jobs over the years to support his farm and family. He instilled in his daughters a great work ethic that carries through them all today. He loved people and made so many friends all through the years and you always knew where you stood with him. He made sure that with all the hard work of farming there was always family play time too, racing at Bemidji on Sunday nights, fishing, snowmobiling and travel to see friends and relatives.He leaves behind his best friend Jan of 55 years, his daughters, Jodi Bartz of Fosston MN, Tia Sundquist and her husband Kevin of Hampshire IL and Tracy (Murph) MacNab and her husband Roger of Cadiz, KY. His grandchildren are also so important to him and he loved them so much. Scott Sundquist, his wife Sarah and his great granddaughters Elsie and Kloe, Dustin Sundquist and Melisa all from Illinois. Shelby Ray and her husband Daniel from Georgetown, KY and Jake MacNab from Cadiz, Ky and they call him "Grandpa 'Sota". Josh Bartz from McIntosh, MN and Bobbi Jo Bartz from Fosston, MN call him "Grandpa Gully". Shelby and Daniel will bless him with another great grandchild in September. He was very proud of his grandchildren and what they have accomplished in their young adult lives. He had many extended families and friends in MN too long to list but he knows you knew it.Don Boll passed away on Sunday, April 3, 2016 from complications of his stroke in 2013, at the age of 76 years.He leaves his mother-in-law Cleo VanVleet, sister-in-law Judy and husband Hank in IL, his brother-in-law Dick and wife Vivian in TX, brother-in-law Kenny and wife Karen in WI, sister-in-law Kathy and her husband Terry in WI and all his nieces and nephews he loved with all his heart. Also surviving are several cousins and their families.Preceding him in death are his dad John, mother Dorothy and brother John Jr., his grandparents, aunts, uncles and cousins.Honorary Pallbearers: The Sheriff of Terrebonne, Quicksdraw, Coffee Thief, his other Mom Clee, his grandchildren and great grandchildren and his nieces and nephews.Pallbearers: Bing Watne, Porky Watne, Boo Watne, Jeff Wagner, Mark Manecke and Nick Ostenaa.His smile and love will be missed by all who knew and loved him. Blessed be his memory.

To order memorial trees or send flowers to the family in memory of Donald Boll, please visit our flower store.