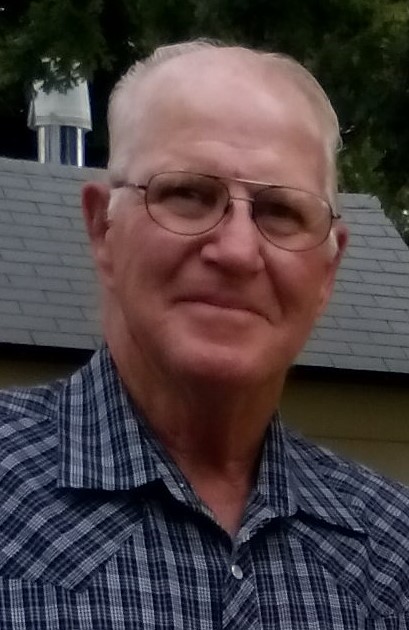 Edward Halvorson, age 75, of Fosston, MN, passed away on Monday, May 31st, near his home, in a four-wheeler accident. Funeral services will be held at 2:00 p.m. on Tuesday, June 8th, at Hope Lutheran Church in Fosston with the Rev. Jane Ekholm officiating. Interment will be in Asphult Cemetery, rural Fosston. Visitation will be held from 5:00 p.m. to 7:00 p.m. with a 7:00 p.m. prayer service on Monday, June 7th, and for one hour prior to the service on Tuesday. All visitation will be held at Hope Lutheran Church in Fosston. Military honors will be provided by Spring Lake V.F.W. Post #2759 of Lengby and the National Guard Honors Team. Arrangements are with Carlin Family Funeral Service of Fosston and messages of condolence may be shared at www.carlinfuneral.com.

Edward Orlen Halvorson was born on August 28, 1945 in Fosston, Minnesota to parents Edwin and Mildred (Reiten) Halvorson. He was confirmed, attended Sunday School, and attended high school in Bagley, Minnesota. He was nicknamed “Smiley”.

Following school, Edward held several jobs prior to entering the United States Army in November of 1967. He fought in the Vietnam War (Sergeant E5) with the 11th Armored Calvary Division. He received his honorable discharge in November of 1969 and returned home.

On May 31, 1969, he was united in marriage to Judith Eileen Brinkman at Asphult Lutheran Church, north of Fosston. They had three children, Renee Eileen, Terry Edward, and Kelly Orlen. During his working years, Edward worked cutting wood for Harvey Erie, in the potato fields for Ryan Brothers, on the Iron Range, for Ordean Sundrud skinning, for Black Gold and then for Bachand Brothers for 33 years. He also bladed the roads in Hill River Township, full-time, for 10 years.

Edward enjoyed deer hunting, farming, and doing mechanic work. He also enjoyed riding four-wheeler and snowmobiles. He had a talent for rebuilding tractors and collected old cars and tractors. He truly enjoyed any time he could spend with his grandsons.

In addition to his hobbies, Edward enjoyed socializing. He went to the Gully Café nearly every morning for breakfast and to shake dice. He also enjoyed going to the Itasca Threshing Show and went on various bus trips to Washington, New York, Branson, Missouri, Canada, and South Dakota. He also actively participated in the V.F.W. during his life, marching with the color guard and providing military honors. He was a member of the Spring Lake V.F.W. Post #2759 of Lengby, Minnesota.

He was preceded in death by his parents; siblings, Curtis, Marylin, Robert, and Elton; and several nephews, uncles, and cousins.

To order memorial trees or send flowers to the family in memory of Edward Halvorson, please visit our flower store.