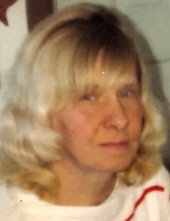 Elouise Olson 75, of Fosston MN., passed away on Sunday December 13th 2020 at Essentia Health First Care Living Center in Fosston. A memorial service will be held at 11:00 a.m. on Thursday, July 8th, at the Hope Lutheran Columbarium at Hope Lutheran Cemetery in Fosston with the Rev. Jane Ekholm officiating. Inurnment will be in the Columbarium. Arrangements are with Carlin Family Funeral Service of Fosston and messages of condolence may be shared at www.carlinfuneral.com.

Elouise Victoria Aspen was born on July 23, 1945 to Lorentz Aspen and Edith Aspen (Sherer). She grew up in Fosston where she attended school. She was Baptized and confirmed at Hope Lutheran Church of Fosston.

She was united in marriage with Dennis Olson on October 22, 1966. They were married for 54 years. She had five children, eight grandchildren and four great grandchildren.

Elouise was very creative she loved working with her hands. Some of her talents included were braiding rugs, holiday wreaths, and drawing. She was known for her breads, pies, cookies and doughnuts on hand ready to serve. Elouise was a very kind and giving person she helped anyone in need. She conquered many hardships, but dementia got the best of her. She will be missed and not forgotten.

Preceded in death by a daughter Kathy Jo and son Dennis Jr., one granddaughter Kristen Leigh one sister, one brother and her parents and step father.

To order memorial trees or send flowers to the family in memory of Elouise Olson, please visit our flower store.