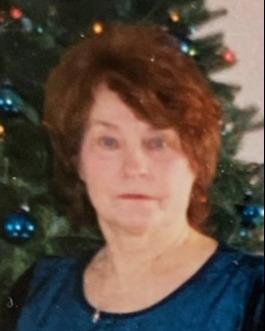 Ferol Johnson, age 79, of Kelliher, MN, and formerly of Gully, MN, passed away on Thursday, January 19th, at Essentia Health Living Center in Fosston. A memorial service will be held at 2:00 p.m. on Saturday, January 28th, at Lund Lutheran Church in Gully with Dawn Hanson officiating. Interment will be in Lund Lutheran Cemetery. Family will greet friends for one hour prior to the service on Saturday at the church. Arrangements are with Carlin Family Funeral Service of Fosston and messages of condolence may be shared at www.carlinfuneral.com.

Ferol Jean Gorze was born on August 2, 1943, in Bagley, Minnesota to parents Otto and Margaret (Rongstad) Gorze. She was baptized and confirmed in a small country church at the Leonard Lutheran Church in Leonard, Minnesota. Ferol attended a country school Kindergarten through the sixth grade and finished at Clearbrook High School.

Ferol was married to Raymond Wagner and they had five children, Dan, Bob, Renae, Rhonda, and Jeff. In addition to raising her family, Ferol worked at the Good Samaritan Center in Clearbrook as a Med nurse doing night shift for over 30 years. After years of nursing, she went to Northland Technical College for cosmetology and specialized as a manicurist.

Later in life, Ferol married Bradley Johnson and they lived in Kelliher, Minnesota. Ferol worked at the Kelliher nursing home as a CNA before she retired. She dearly loved all of her residents she cared for.

Ferol loved anything to do with the outdoors; gardening and her favorite pastime was baking and making sure that no one left the table hungry. She also loved going to their hunting cabin in Big Falls where there was lots of laughter and fun. She also had their cabin at Pine Lake where there was so much fun, memories made, flower gardening and relaxation.

Spending time with her family was her greatest love. She loved her kids and grandkids and spent as much time as she could with all of them. She baked special treats for each one. She will be dearly missed and fondly remembered.

To order memorial trees or send flowers to the family in memory of Ferol Johnson, please visit our flower store.