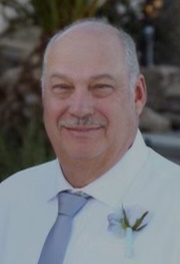 Gary Schommer, age 60, of McIntosh, MN, passed away peacefully surrounded by his family on Tuesday, January 25th, at Altru Hospital in Grand Forks, ND. Funeral services will be held at 2:00 p.m. on Saturday, January 29th, at Our Savior’s Lutheran Church in McIntosh with the Rev. Keith Zeh officiating. Interment will be in Our Savior’s Lutheran Cemetery, McIntosh, in the spring. Visitation will be held for one hour prior to the service on Saturday at the church. Arrangements are with Carlin Family Funeral Service of McIntosh and messages of condolence may be shared at www.carlinfuneral.com.

Gary Richard Schommer was born on May 22, 1961, in Devils Lake, North Dakota to parents Gilbert and Darlene (Janowski) Schommer. He graduated from Fordville High School and North Dakota State University with a degree in Agriculture Economics. He continued to be a devoted Bison fan, along with the Minnesota Vikings and Twins.

Gary worked for over 30 years for Farm Service Agency while making his home in McIntosh, where he met his wife, Rebecca Carlson.

Gary was very involved in his community of McIntosh. He was a volunteer Fireman and First Responder; a member of The Men’s Action Club, and the Snowmobile Club. He enjoyed playing on the men’s golfing league and the men’s baseball league, as well as hunting, fishing, gardening, and cards night with the guys.

Gary was most proud continuing his father’s tradition of making Schommer Sausage with his family. Anytime with Gary was a fun time and could find humor in the hardest of moments. He leaves each one of his family and friends with a cherished “story”. Gary had a caring attitude and was always willing to help out when needed.

Gary will be dearly missed by his wife, Rebecca, of 32 years; three daughters, Danelle of Fargo, ND, Jenna (Nick) Drellack of McIntosh, and Marea (Donley) Gryskiewicz of Warren, MN; his mother, Darlene, of Grand Forks, ND; two brothers, Doug of Fargo, ND and Wayne of Fargo, ND; two sisters, Deb (Kent) Whaley of Fordville, ND and Joanne (Shawn) Freije of Duluth, MN; as well as many nieces and nephews.

He was preceded in death by his father, Gilbert Schommer; and sister, Karen Schommer.

To order memorial trees or send flowers to the family in memory of Gary Schommer, please visit our flower store.