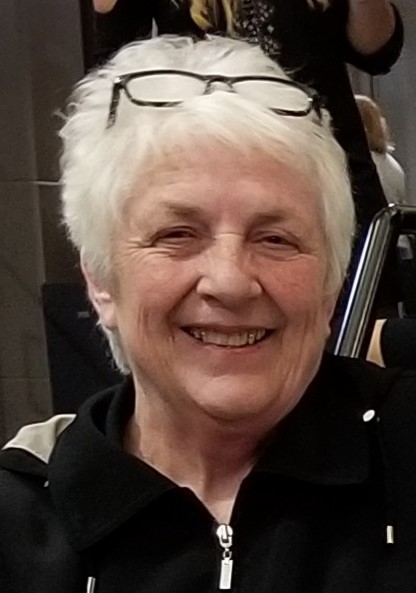 Gay Otness, age 67, of Lengby, MN, passed away unexpectedly on Wednesday, May 5th, at her home. Memorial services will be held at 2:00 p.m. on Tuesday, May 11th, at Kingo Lutheran Church in Fosston with the Rev. John Ragan officiating. Interment will be in Kingo Lutheran Cemetery. Family will greet friends for one hour prior to the service on Tuesday at the church. Arrangements are with Carlin Family Funeral Service of Fosston and messages of condolence may be shared at www.carlinfuneral.com.

Gay Ellen Halland was born on April 2, 1954 in Mahnomen, Minnesota to parents Allen and Jean (Welter) Halland. She lived with her parents in Plentywood, Montana until the age of nine and then to rural Fosston, Minnesota. She graduated from Fosston High School in 1972.

Gay was married to Keith Otness on December 3, 1973 and they lived in the Lengby area. Tragically, Keith died in a construction accident in the late 80’s. Gay continued her life in the St. Cloud, Minnesota area where she worked as Office Manager for Rock On Trucking for seven years. She eventually returned home to Lengby.

Gay worked at Cenex in Fosston for several years and has worked and managed several area bars and restaurants. Most recently, she has been the manager in the kitchen at the Ruffed Grouse Roadhouse south of Lengby where her presence will be dearly missed.

Gay liked to quilt and sew, little antiques, and Flamingos. She loved being outdoors and active; enjoying 4-wheeler rides and boat rides with Lengby friends and a laugh and a smile with her many friends in the Lengby community. She was truly blessed to be surrounded with so much love and friendship. She was also a very hard worker and would help anyone in need.

Her greatest blessing came in the form of her family. She was very proud of her children and grandchildren, making a point to introduce them to people whenever she could. Her energy and loving spirit will be fondly remembered and dearly missed.

She was preceded in death by her father, Allen Halland; and husband, Keith Otness.

To order memorial trees or send flowers to the family in memory of Gay Otness, please visit our flower store.