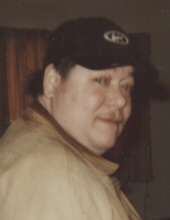 Jody "Stubby" Danielson, age 59, of Winger, MN, passed away on Wednesday, December 18th, at his home. Memorial services will be held at 2:00 p.m. on Saturday, December 29th, at Faith Lutheran Church in Mentor, MN with the Rev. Michael Sletto officiating. Interment will be in Faith Lutheran Cemetery in the spring. Visitation will be held from 5:00 p.m. to 7:00 p.m. with a 7:00 p.m. prayer service on Friday, December 28th, at the Carlin Funeral Home in Erskine. Family will also greet friends for one hour prior to the service on Saturday at the church. Arrangements are with the Carlin Funeral Home of Erskine and messages of condolence may be sent at www.carlinfuneral.com. Jody Allen Danielson was born on April 12, 1959 on the iron range in Minnesota to parents Raymond and Esther (Gross) Danielson. He grew up in Mentor, Minnesota and graduated from Mentor High School in 1977. After high school, Jody traveled, working as he went, in Montana, California and Minneapolis. He eventually settled in Winger where he was currently residing. Jody has worked at Moran's Supper Club in Winger as their cook for over 33 years and continued to work there up until the time of his passing. He liked to play cribbage, smear, deer hunting, going to the casino and spending time with family. Jody will be dearly missed.Jody passed away unexpectedly on Wednesday, December 19, 2018 at his home in Winger at the age of 59 years.Survivors include three siblings, Roger Danielson of Mentor, Barb Danielson of Crookston, MN, and Bev Nelson of Mentor; as well as many nieces and nephews.He was preceded in death by his parents; and two siblings, Lawren Danielson and Donna Grove.

To order memorial trees or send flowers to the family in memory of Jody Danielson, please visit our flower store.