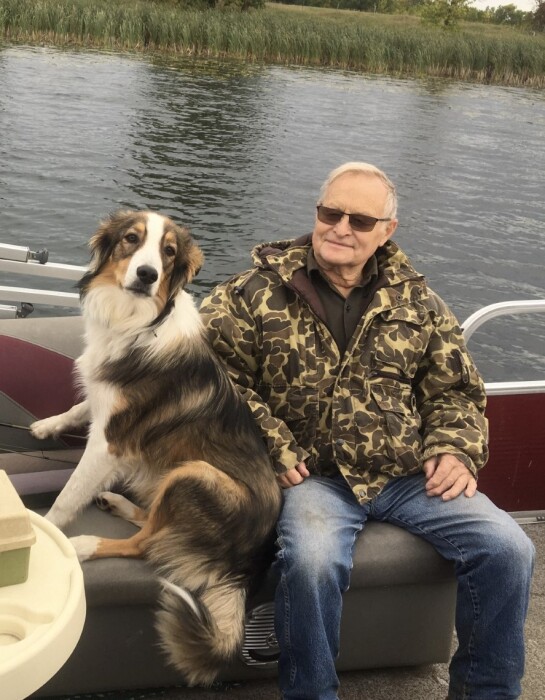 John Handyside, age 80, of rural Fosston, MN, passed away peacefully on Wednesday, November 17th, at his home north of Fosston, surrounded by loved ones, after a battle with cancer. A memorial service will be held at 11:00 a.m. on Friday, December 3rd, at Country Faith Church, rural Clearbrook, MN with the Rev. Michelle Miller officiating. Family will greet friends for one hour prior to the service on Friday at the church. Military honors will be provided by the National Guard Honors Team. Arrangements are with Carlin Family Funeral Service of Fosston and messages of condolence may be shared at www.carlinfuneral.com.

As written by John...

If you are reading this, I must have ended my bucket list.  Life has been good. I was born in Fosston, MN on February 12th, 1941 to Raymond (R.V.) and Mabel (Myhre) Handyside. I graduated from Fosston High School in 1958. Two weeks after graduation, I found myself in Fort Leonardwood Missouri. I had enlisted in the army.

After 6 months of active duty, I returned to my parents farm, North of Fosston, and farmed cattle with them for several years. I also remained active in the national guard in Bemidji until 1961. I then went into construction doing mostly welding on the building of power plants and pumping stations. I found that this really wasn't for me, so I returned to the family farm around 1970, where I raised cattle for the rest of my life.

In 1978 I met Leslie Ann Poppler at a dance in Lengby, MN. We were married one year later in 1979. We had two children, Ryan and Jessica. They blessed us with six grandchildren.

I have enjoyed many things outdoors all of my life, including hunting and fishing. In my younger years, I was scuba diver and a pilot.

John was always busy with some sort of project or fishing adventure. Over the years, he spent much of his time with his family, fishing, hunting, and traveling.  In the months leading up to his passing, he was able to accomplish his yearly goal of catching and releasing 1,000 walleyes. He was a kind, gentle man who always put others before himself.  He will be dearly missed by his family and friends.

He was preceded in death by his parents, Raymond (R.V.) and Mabel Handyside and his brother Duane Handyside.

To order memorial trees or send flowers to the family in memory of John Handyside, please visit our flower store.