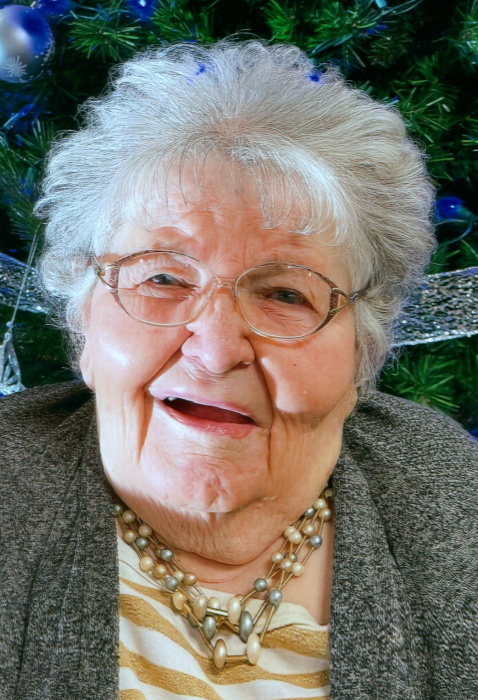 Joyce Lundquist, age 91, of Fosston, MN, passed away on Friday, February 12th, at Essentia Health Living Center in Fosston. Graveside services will be announced and held at a later date. Arrangements are with Carlin Family Funeral Service of Fosston and messages of condolence may be shared at www.carlinfuneral.com.

Joyce Marcelyn Hunstad was born on January 25, 1930 in Argyle, Minnesota to parents Narve and Gladys (Sollum) Hunstad. She was raised and attended school in rural Argyle. She finished high school in Crookston, Minnesota. She attended nursing school at Deaconess Hospital in Grand Forks where she became a registered nurse.

Joyce was married to Donald Lundquist on September 19, 1953 in Argyle. They lived in Junction City, Kansas while Don was in the military. Fosston became their home in 1962.

Don and Joyce had three daughters, Debra, Donna and Judy, and one stillborn son.

Joyce was a member of the Fosston Baptist Church and was involved in many areas of ministry. She was a Girl Scout leader and a member of many community organizations. She loved singing, reading, and knitting. She made many pairs of mittens that she donated to various organizations. She spent time with Don in their airplane visiting various parts of the country. She was a special grandmother to all her grandchildren. Don passed away in 1996.

Joyce had been a resident of the Essentia Living Center in Fosston for the past 10 years.

She was preceded in death by her husband; her parents; infant son; infant grandson, Daniel; her mother and father-in-law, Lydia and Magnus Lundquist; many brothers and sisters-in-law; and nieces and nephews.

To order memorial trees or send flowers to the family in memory of Joyce Lundquist, please visit our flower store.