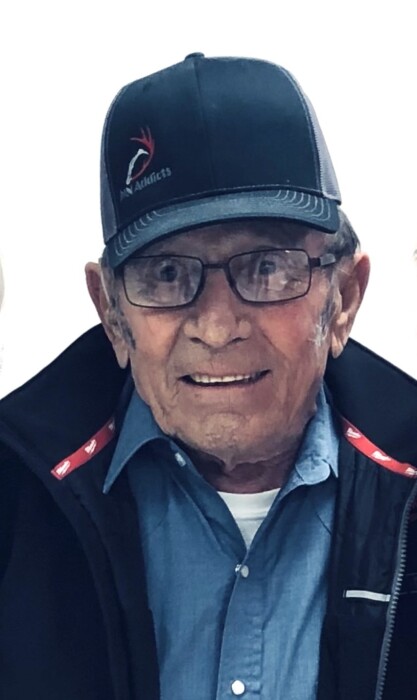 Julian Joseph Trudeau, age 84, of Mentor, MN, passed away peacefully with his family by his side at Riverview Health in Crookston on Tuesday, November 8th, 2022.  A memorial service will be announced and held in the spring. Arrangements are with Carlin Family Funeral Service of Erskine and messages of condolence may be shared at www.carlinfuneral.com.

Julian was born on November 29,1937 to Isaac and Margaret (Beaudry) Trudeau on the family farm near Gentilly. His growing up years were spent on this farm which gave him many good memories that he would share with family and friends. He attended rural school that was just up the road from his home and before his passing he could still name all of the students he attended school with. As like his Dad, Isaac, Julian was baptized and confirmed in the Catholic faith at St. Peter’s Catholic Church in Gentilly.

At the age of 19, Julian enlisted in the Army and trained at Fort Chaffee in Arkansas. He spent two years in Germany with the 291st Field Artillery Battalion. He completed his military service on January 9,1959 at Fort Sill in Oklahoma with the rank of Specialist 4th Class.

During his time in the military he met Jo Ann Germany from Alto, Texas. They were married on November 8, 1958, in Lawton, Oklahoma. After completing his military service from the Army they settled in Minnesota to spend the next sixty-four years together. They raised a family of seven girls over that period of time. Mentor has been their home for the past fifty-three years.

Julian farmed for a period of time after his military service. He then started his own construction company in which he built and remodeled many homes in the area. The last 30 plus years he spent working for Paquin Potato Farms. He then retired due to health reasons.

He was a member of the Mentor American Legion Post #421 and the Crookston Veterans of Foreign Wars Post #1902.

Julian loved when family and friends came to visit. He enjoyed his cup of coffee while visiting around the kitchen table. Everyone who knew him understood he had a joke or two to tell and many stories to share. A conversation about farming was always a welcome subject. A good card game, a Yahtzee challenge, reading the newspaper, watching his western movies and TV shows, putting together jigsaw puzzles and playing Solitaire on his iPad were enjoyable pastimes. He was knowledgeable about so many areas and could remember details with perfect recall.

Julian was a man with a good heart, a happy outlook on life, and a love for his family, especially his grandkids. His laugh will never be forgotten. He will be missed, but will always live on in our hearts.

To order memorial trees or send flowers to the family in memory of Julian Trudeau, please visit our flower store.