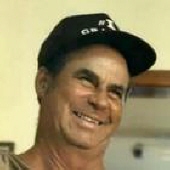 Kenneth "Kenny" Hansen, age 83 from McIntosh, MN passed away on Wednesday, June 1st at Valley Eldercare Center in Grand Forks, ND. Funeral services will be held at 2:00 p.m. on Tuesday, June 7th at Mount Carmel Free Lutheran Church in McIntosh with Rev. Karl Anderson officiating. Interment will be in St. John's Lutheran Cemetery, rural McIntosh. Visitation will be held for one hour prior to the service on Tuesday at the Church. Arrangements are with the Carlin-Hoialmen Funeral Home serving McIntosh. Messages of condolence may be sent to carlinhoialmen.com.Kenneth Loel Hansen was born on June 23, 1932 in a rural farmhouse in Hill River Township near McIntosh, MN to Edward and Gladys (Christianson) Hansen. He lived on that farm till he was in 6th grade as his father died when he was 11 years old. His mother, brother, and four sisters moved to another farm two miles west of McIntosh. Kenny attended Sunnyview School in Hill River Township from 1st to 6th grade. In 7th grade, he went to McIntosh High School and graduated from there in 1950. He was confirmed at Our Savior's Lutheran Church in McIntosh. Kenny started farming at 15 years old when his older brother joined the Air Force. Kenny met Shirley Wissler in high school and they married on June 27, 1953 at 21 years old. They had their first child, Michael, in March of 1954. In 1956, Kenny, Shirley, and Mike moved off the farm to a small house in McIntosh where he worked for the McIntosh Creamery and volunteered for the fire department. They moved back to the farm in 1959 when his mother moved to California. Kenny began to work on the road in construction and he continued to farm. They had their second child, Shelley, in 1961. Kenny worked almost every trade in construction. He worked in many towns throughout Minnesota and North Dakota building schools, hospitals, court houses, manufacturing and power plants, the Air Force base, and the missile silos. He was proud to be in the carpenter's union for 14 years and in the ironworker's union for 25 years. He spent his retirement years on the farm and in 1994 they moved into the town of McIntosh.Kenny was proud to be a charter member of Mt. Carmel Lutheran Church in McIntosh. Kenny was at his happiest when he could tinker on projects, fish, hunt, snowmobile, and farm. He enjoyed collecting antiques, gardening, and cooking. He was well known for telling great stories and knowing the history of our community. In his last years, his favorite past time was to visit with his family and friends.The last four years, Kenny was living in Grand Forks at Parkwood Assisted Living and then at Valley Eldercare Center due to needing kidney dialysis three days a week at the hospital. He also struggled with glaucoma and eventually lost his sight in his late seventies. On June 1, 2016, Kenny passed away at 83 years old from end stage renal disease. He was surrounded by loving care from his family, staff at Valley Eldercare Center, and his dialysis team at the hospital.Kenny is survived by his two children, son, Mike Hansen of McIntosh, MN; daughter, Shelley Hansen (Craig Croone) of Northfield, MN; three grandchildren, Hilary Hansen of Minneapolis, MN; Casey (Kendra) Hansen of Grand Forks, ND; and Creegan Croone of Northfield, MN; one great grandson, Ethan Hansen of Grand Forks, ND; previous daughter-in-law, Beth Hansen of Albertville, MN; two sisters, Amy Jo McMahon of Sonoma, CA; and Eunice Krogstad of Gilbert, MN; and many cousins, nieces, and nephews.He was preceded in death by his parents; his wife, Shirley Hansen; his brother, Edward Hansen; his two sisters, Marie Headley and Grace Bovee; and many friends.Blessed be his memory.

To order memorial trees or send flowers to the family in memory of Kenneth Hansen, please visit our flower store.