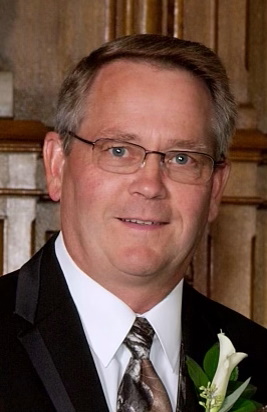 Larry Arnold LePier, age 67, of Lengby, MN, passed away peacefully Monday, November 8th at Essentia Health in Fargo, ND. A memorial service will be held at 2:00 p.m. on Tuesday, November 16th, at Kingo Lutheran Church in Fosston with the Rev. John Ragan officiating. Interment will be in Kingo Lutheran Cemetery, Fosston. Family will greet friends for one hour prior to the service on Tuesday at the church. The service will be recorded and available for viewing after the service on the Carlin website. Arrangements are with Carlin Family Funeral Service and messages of condolence may be shared at www.carlinfuneral.com.

Larry was born to Arvid & Dorothymae (Bakken) LePier on October 27th, 1954, in Fosston, MN and graduated from Fosston High School in 1973. After graduating, he continued his education at Bemidji State University in Accounting.  Larry then went to work for the family business LePier Oil Co. where he eventually proudly took over ownership.  As years went on Larry thrived as an entrepreneur with many other successful businesses throughout Fosston & Grand Forks including a tire repair shop, movie theatre, hotel, gas stations, subway, and various others.

Larry was baptized and confirmed at Kingo Lutheran Church.  On July 10th, 1976 he was united in marriage to Lori Rossmiller at Kingo Lutheran Church. Larry was an avid pianist and tap player and played regularly at Sunday church services and funeral services.  Larry and Lori were blessed with four beautiful children together, Kristi, Brandon, Bryan, and Brittany. Larry enjoyed many childhood memories with his children including spending time outdoors and flying his plane with Brandon, racing go-carts with Bryan, and sharing his passion of music & piano with Brittany. Memories that will forever be cherished.

Larry later united in marriage with Tami Kleinvachter on February 15th, 2008, at Kingo Lutheran Church.  Larry opened his heart to Tami’s two children Marissa and Brock, who he later adopted and loved dearly.

Larry was always known as such a giver to the community of Fosston; whether it be the church, school, or a family in need. He loved to help others and help shape Fosston into a great community. Larry enjoyed being on the lake, hosting dances, cookouts and rodeos in the shed at Island Lake with the Front Fenders, flying his Cessna 182, a cooking enthusiast, hunting and photography.  As family we can only hope that we live life to the fullest and be as giving as Larry.

Larry was an amazing man with a big heart and will be incredibly missed.

To order memorial trees or send flowers to the family in memory of Larry LePier, please visit our flower store.