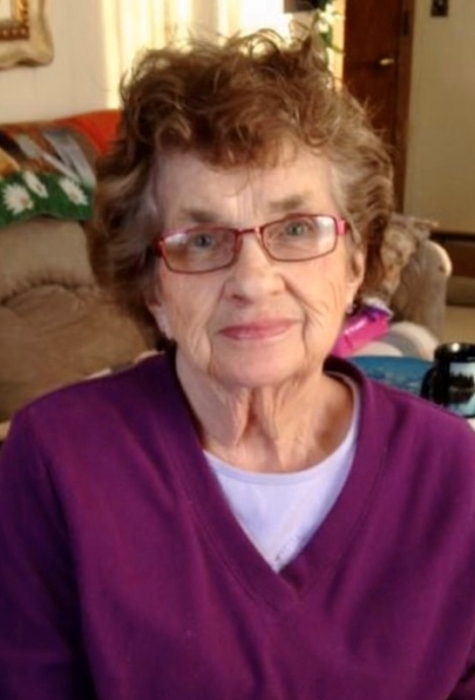 Lorraine Lee, age 96, of McIntosh, MN, passed away on Wednesday, May 4th, at Essentia Health Hospital in Fosston. Funeral services will be held at 2:00 p.m. on Monday, May 16th, at Our Savior’s Lutheran Church in McIntosh with the Rev. Keith Zeh officiating. Interment will be in Lima Cemetery, near Union Lake, rural Erskine. Visitation will be held for one hour prior to the service on Monday (16th) at the church. Arrangements are with Carlin Family Funeral Service of McIntosh and messages of condolence may be shared at www.carlinfuneral.com.

Lorraine Joyce Johnson was born on January 1, 1926 at home in rural Winger, Minnesota in Woodside Township. Her parents were Oscar and Ida (Lind) Johnson. She grew up on the family farm where she milked cows, picked potatoes and trapped gophers and attended country school near Union Lake. She was baptized and confirmed in the Lutheran faith at Union Lake Church.

Lorraine grew up speaking Swedish and when she started school she then learned to speak English. As a young adult, she moved to Chicago to be with her sister, Olive Williams and attended the Salon School of Cosmetology in 1946. After graduating, she moved back to Winger and married Maurice “Mush” Nornes on August 2, 1947. To this union four children were born, Lynn, Bruce, Gail and Mary Beth. They made their home in McIntosh, Minnesota and she opened a beauty shop in her home in 1959. Her sister, Olive Williams, operated with her at that time for a year. In 1965, she managed part-time at Sande’s Beauty Salon in Erskine, Minnesota. A few years later, she managed Diane’s Golden Comb in Fosston. Lorraine also worked part-time at RuthElla Westlake’s Beauty Shop in McIntosh and at the Mac Manor Beauty Shop. In the later years, as the customers grew older and didn’t have transportation, she provided a ride for her customers for their appointments, warmed up her car in the winter and brought them back home again, carefully walking them on the icy sidewalks.

Lorraine married Bob Lee on November 29, 1975 and continued to live in their home in McIntosh.

Lorraine took in many stray cats throughout the years and she gave them much love and care.

Lorraine passed away on Wednesday, May 4, 2022 at Essentia Health Hospital in Fosston at the age of 96 years.

(we love you forever mom)

May her memory be blessed

To order memorial trees or send flowers to the family in memory of Lorraine Lee, please visit our flower store.