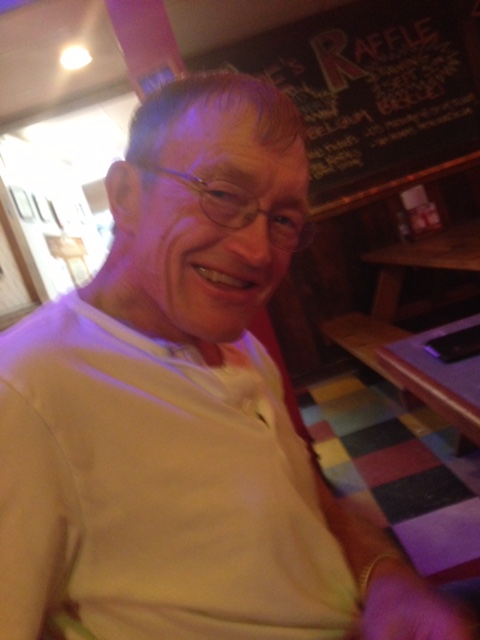 Lowell Ostenson, age 73, of Elgin, ND and formerly of McIntosh, MN, passed away on March 25th at the Jacobson Memorial Hospital Care Center in Elgin from complications of Parkinson’s. There will be a time for visiting and an open house on Friday, July 9th, from 3:00 p.m. to 7:00 p.m. at the Don Ostenson Farm at 25321 370th St. SE, McIntosh, MN 56556. Interment with military honors will be held privately at Salem Lutheran Cemetery, rural McIntosh. Arrangements are with Carlin Family Funeral Service of McIntosh and messages of condolence may be shared at www.carlinfuneral.com.

Lowell was born on September 13, 1948 to Ernest and Hannah (Kleven) Ostenson and grew up on a farm west of McIntosh, MN. After graduating from college in 1970 and realizing he was now eligible for the draft, Lowell took it upon himself to enlist in the service he wanted. During his time in the Army, he spent most of his time in Germany. Always looking for an adventure, he bought a vehicle and spent any free time available traveling Europe. Based on the stories and pictures, these years were some of his best memoires. Shortly after his return and merely by chance, he asked someone to dance, and it turned out to be the woman he would spend his life with. Lowell and Sue (Edlund) were married in 1977 and after a few moves, settled into what would be the family farm in 1981. They raised three children and countless memories were made at this farm. Lowell worked for many years at Garden Valley Telephone and spoke for many years about how much he loved his job and all of the wonderful people he met.

Lowell took great pride in his home and his yard and was always working on or coming up with his next project. He was very innovative and if he could not find a tool or something to help him finish a project, he would build it himself. When the landscaping rocks around the deck were due to be replaced, whereas most people would haul them away and dump in new rocks, Lowell spent a summer running them through a seven-step process to clean them, and they looked as good as new. Sue still complains that here favorite garden wagon was commandeered for this project and she was unable to use it for an entire summer.  Sue spent countless years tripping over his latest inventions.

While growing up, Lowell wanted his kids to have the best swing set available. But thinking it would be a great project to do with his kids bought just the wood. After roping his kids into sanding and staining every single piece, and finally getting it built, the grandchildren had something to play on!

Lowell was the type of person who made everyone smile. He had a sense of humor and smile that made everyone he met instantly like him. He was able to make everyone laugh and put people at ease when he met them using his humor. His writing was also something he took great pride in, and put together a lot of family history as he loved family history and learning about his ancestors.

Due to declining health in later years, the farm was sold, and Lowell and Sue moved to Elgin to be closer to family. They were fortunate enough to spend winters in San Diego and summers in Elgin being able to spend lots of time with grandchildren.

He was preceded in death by his parents, Ernest and Hannah, and sister Janice.

To order memorial trees or send flowers to the family in memory of Lowell Ostenson, please visit our flower store.