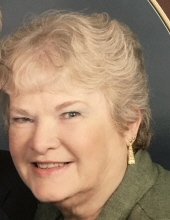 Lynda (LaVoi) Halberg died peacefully on November 9, 2018. Her last years were spent in her hometown of Fosston in the company of friends and family and her two feline children. Lynda was known for being an avid reader, a slightly obsessed player of puzzle games, the master of laundry skill techniques, an awe-inspiring crafter, the keeper of grandchildren and gatherer of wayward animals. She was born on March 21, 1943, in Fosston, Minnesota to Lydia (Bauer) and Walter LaVoi. She was the younger of two girls and is survived by her sister, Mary Thorstad. She told stories of growing up such as her sister teaching her to catch balls via the method of extreme sport training, hiding a cat in her dresser drawer for days to avoid her mother's eviction of it and working the candy counter with her father at the Little Store (Walter's Service) leading to her lasting Olymiad calculation abilities. 1961 was a year of significant changes for Lynda as not only did she graduate from Fosston High School but on June 10 she married her husband of 57 years, Vernell (Vern) Halberg. "He had a nice car." They expanded their lifetime adventure together by adding 4 children (Laura, Mitchell, Vicky and Van ) who added "a lot of interesting times" to Lynda's journey. She loved to reminisce about each of her children's "strong-willed" moments as well as their personal accomplishments. However, once the grandchildren and great-grand children started arriving they became the primary topic of her ongoing life novel.Lynda is survived by her husband Vernell (Vern) Halberg. Her four children, Laura Noeding, Mitchell Halberg, Vicky Packard, Van Halberg; their spouses, her grandchildren and great-grandchildren. The family would like to thank her many dear friends for their love and camaraderie throughout the years. Condolences may be shared with the family at: www.carlinfuneral.com Memorial services will be held on Wednesday November 14, 11am at Kingo Lutheran Church in Fosston, Minnesota. Visitation will be held Tuesday November 13, 5-7 pm with a 7:00 p.m. prayer service at Carlin Family Funeral Home in Fosston, Minnesota.Memorial gifts may be made in Lynda's memory to:Kingo Luthern Church - music and/or children's programming220 Johnson Ave, Fosston, MN 56542

To order memorial trees or send flowers to the family in memory of Lynda Halberg, please visit our flower store.