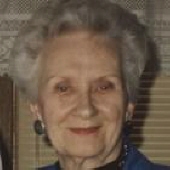 Mable Pearson, age 97, of Fosston, MN, passed away on Friday, October 23rd, at Essentia Health Living Center in Fosston. Funeral services will be held at 2:00 p.m. on Wednesday, October 28th, at Fridhem Lutheran Church in Lengby, MN with the Rev. John Ragan officiating. Interment will be in Fridhem Lutheran Cemetery, rural Lengby. Visitation will be held for one hour prior to the service on Wednesday at the church. Arrangements are with the Carlin-Hoialmen Funeral Home of Fosston and messages of condolence and online guestbook are available at www.carlinhoialmen.com.Mable Genevieve Severson was born on March 9, 1918 to Hans and Sena Severson in the Bagley area. She grew up on a farm near Ebro, MN and attended the Bagley school. She was baptized and confirmed in the Lutheran faith. During WWII, she worked in Vancouver, Washington for several years before she returned home.Mable was united in marriage to Elmer Pearson on October 28, 1950. After their marriage, they made their home on a farm west of Lengby, where they raised their three children. In 1980, they retired from farming and moved to a new home in Fosston, Minnesota. Whether it was for family or hired farm hands, she was well known for her wonderful cooking and welcoming spirit. Mable was a dedicated member of Fridhem Lutheran Church, where she was a Sunday school teacher, member of the Ladies Aid and quilting group. She was also involved for many decades in the Lengby Improvement Club, was a volunteer at First Care Nursing Home and delivered Meals on Wheels. To Mable, the most important thing was family. She was a faithful follower of any activity and event in which her children and grandchildren would participate. She was a loyal and devoted wife, mother, grandmother, great-grandmother and friend. She was truly cherished by everyone who knew her. Mable passed away on Friday, October 23, 2015 at Essentia Living Center in Fosston at the age of 97 years, seven months and 14 days. She is survived by two daughters, Vicki (Jim) Peterson of Bemidji, MN and Carol Pearson of Plymouth, MN; one son, Bruce (Gail) of Fosston, MN; seven grandchildren, Chris (Lynnsey) Oppegaard, Alexia (Justin) Isaacson, Chad (Jaime) Oppegaard, Charity (Shane) Erickson, Joshua Pearson, Angela (Dan) Boushee, Tiffany (Casey) Kroulik; and 16 great-grandchildren, Johrdan, Cael and Carter Oppegaard, Ava, Clair and Ellis Isaacson, Preston, Falline and Everett Erickson, Treydon, Carsen, Hudson and Landon Boushee, Carver, Bryar and Tyson Kroulik; one niece Janelle (Mel) Nott of Junction City, OR. Extended family members who were also very special to her: Wes Oppegaard, Grant and Kris Oppegaard, and Ron and Jan Oppegaard.She was preceded in death by her husband, Elmer; parents; one infant sister; two sisters, Myrtle and Angela; and one brother, Earl.

To order memorial trees or send flowers to the family in memory of Mable Pearson, please visit our flower store.