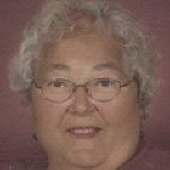 Marian Weber, age 77, resident of Essentia Health Living Center in Fosston, and formerly of Gully, MN, passed away on Sunday (January 4th) at Essentia Health Living Center. A Mass of Christian Burial will be held at 11:00 a.m. on Thursday (January 8th) at St. Mary's Catholic Church in Fosston with Father Joe Richards presiding. Interment will be in St. Charles Catholic Cemetery, Trail, MN. Visitation will be held from 5:00 p.m. to 7:00 p.m. with a 7:00 p.m. prayer service on Wednesday (January 7th) and for one hour prior to the service on Thursday. All visitation will be held at St. Mary's Catholic Church in Fosston. Arrangements are with the Carlin-Hoialmen Funeral Home of Fosston and messages of condolence may be sent at carlinhoialmen.com.Marian Rose Pladsen Weber was born on September 1, 1937 in Gully, Minnesota to parents Leonard and Barbara Schneider Pladsen. She was baptized and confirmed at St. Charles Catholic Church near Trail, Minnesota, attended school in Gully and graduated from Gonvick High School in 1955. Marian was united in marriage to Francis Weber on June 3, 1957 in Trail. After their marriage, they purchased the Schneider farm in 1964. Marian worked in Bagley at the hospital and then worked for First Care in Fosston for several years. She then went to work for the East Polk County DAC where she was employed for 20 years before retiring. Marian and Francis were dedicated foster care providers for 10 years. She enjoyed camping, fishing, cooking, canning, and loved all children to come and visit. She was known for her caring heart and her open ear. Marian passed away on Sunday, January 4, 2015 at Essentia Health Living Center in Fosston at the age of 77 surrounded by her family.Survivors include her children, David of Gully, Lynn Vergal (Joe Varner) of Fosston, Rosie (Ole) Bruggeman of Oklee, MN, John of Gully, and Patricia of Thief River Falls, MN; seven grandchildren, Vikki, Dillon, Britney, Jacob, Joshua, Brandon, and Paige; three great grandchildren, Kaidence, Theron, and Orin; sister, Geraldine (Vincent) Agnes of Gully; and brother-in-law, Anthony (Virginia) Weber of Trail. Nieces, nephews and cousins also survive.She was preceded in death by her husband, Francis, on April 21, 2012; her parents; infant son, Patrick; infant twin sons Peter and Paul; sister, Sharon Lund; and brother-in-law, Lyle Lund.

To order memorial trees or send flowers to the family in memory of Marian Weber, please visit our flower store.