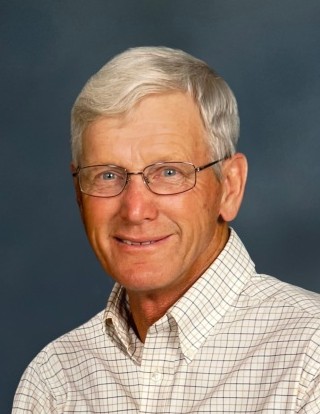 Marland E. Rue, age 86, of Fosston, MN, passed away on Thursday, March 3rd, at his home. A memorial service will be held at 11:00 a.m. on Wednesday, March 16th, at Kingo Lutheran Church in Fosston with the Rev. John Ragan officiating. Interment will be in Kingo Lutheran Cemetery, Fosston, in the spring. Family will greet friends for one hour prior to the service on Wednesday, March 16th, at the church. The service will be live-streamed on the Carlin Facebook page and also recorded and available for viewing later on the Carlin website. Military honors will be provided by the National Guard Honors Team. Arrangements are with Carlin Family Funeral Service of Fosston and messages of condolence may be shared at www.carlinfuneral.com.

Marland E. Rue, 86 of Fosston, Minnesota died Thursday, March 3, 2022 at his home in Fosston.  Celebration of Life will be on Wednesday, March 16 at 11:00 a.m. at Kingo Lutheran Church in Fosston, with a visitation prior to the service at 10:00 am. Lunch and sharing of memories following the service.

Marlly was born on February 6, 1936 in Fosston, Minnesota to Moritz and Clara (Berglund) Rue. He was raised on the family farm, which later became Lakeview Farms. He lived his entire life there, which was homesteaded by his grandfather in 1883.

He graduated from Fosston High School in 1954, worked on the farm until he was drafted into the US Army in 1958. He served in the Army from 1958-1960, where he was stationed in Korea. Upon honorable discharge from the Army, he returned to Fosston. Marlly married the love of his life, Cheryl Hanson, on August 26, 1967 in Fosston, Minnesota. Marlly and Cheryl were blessed with four children: Todd, Melanie, Mitchell, and Kristopher.

Throughout his life, Marlly enjoyed his family, his life on the farm, was an avid outdoorsman, and an active member of Kingo Lutheran Church and the Community of Fosston. During this time, he farmed with his dad, brother, sons, nephews, and often included his grandchildren in the daily activities. He touched and influenced five generations of farmers at Lakeview Farms. He loved to tell stories of hunting & farming, and took the grandkids in the deer stand or in the tractor when he had the chance. He also shared with his family his passion for the outdoors. Marlly and his brother Rolly loved and respected wildlife and were given the honor of being Minnesota Outstanding Farmer Sportsmen of the Year in 1985. They were instrumental members of Ducks Unlimited, Minnesota Waterfowl, and the Fosston Area Sportsmen’s Club. Marlly was also a Production Credit Association Board member for several years, where he helped support his rural farming community. His life was based on his faith and that played out in how he lived his life. He was a member of Kingo Lutheran Church Choir, served on the church council, and was past-president of the congregation.

In his retirement, he loved working on the Hove farm and helping out at the Johnson’s. He also enjoyed following Fosston High School Greyhound activities, and watching his grandchildren play sports when he could. One of his favorite things to do was to have morning coffee and conversation with “the guys” in town.  Oh, the stories one could tell if their conversations were heard.  In true farmer fashion, he was a jack of all trades. He had incredible resolve in helping his friends and neighbors whenever they needed him, and possessed the quality of quiet strength that those that knew him will not soon forget.

He was preceded in death by his parents; Clara & Moritz Rue; brothers Rolly, Darryl, Ralph; and sister Cheryl.

To order memorial trees or send flowers to the family in memory of Marland Rue, please visit our flower store.