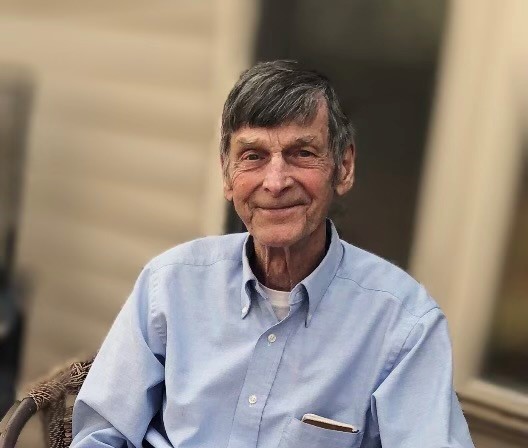 Milton Sande, age 87, of Buffalo, MN and formerly of Erskine, MN, passed away on Friday, October 14th, at Lake Ridge Care Center in Buffalo. A memorial service will be held at 2:00 p.m. on Friday, October 21st, at Grace Lutheran Church in Erskine with the Rev. Michael Sletto officiating. Family will greet friends for one hour prior to the service on Friday at the church. Arrangements are with Carlin Family Funeral Service of Erskine and messages of condolence may be shared at www.carlinfuneral.com.

Milton Sande, the youngest of the four sons of John and Ella Sande, passed away October 14, 2022 at the age of 87. He sustained a back injury while cutting up a fallen pine tree in early summer and his health steadily deteriorated. The last months of his life were spent under the loving care of his daughter Kari and family.

Milt was born on May 24, 1935 at the family farm near Thief River Falls. He moved to Erskine when he was in 7th grade where me met the love of his life, Bonita Carlson. They married in 1955 and raised their four children in Erskine. Milt was a proud member of the Erskine Volunteer Fire Department and enjoyed participating in the Win-E-Mac Golf League. In 2005 Bonita suffered a brain aneurysm which required a long hospitalization followed by a slow recovery. Milt became her primary care giver, allowing her to return home, where she lived until her passing in 2018.

Milt dedicated his entire career to serving customers; from being a gas station owner, a hardware store owner and spending several years as an auto mechanic, Milt was known as hard-working, honest and able to fix just about anything. He was a soft-spoken, intelligent man who was curious about people, ideas and new ways to do things. Milt took up cooking and baking after retirement and excelled at it. After being diagnosed with celiac disease, he set out to learn as much as he could about the disease and experimented with different recipes while keeping meticulous notes. Milt prided himself on keeping things tidy on his 10-acre farm which meant he had to replace his old Stihl chainsaw with a new one at age 85.

Music was a part of Milt's daily life until the end. A self-taught guitar player, Milt loved gathering with friends Clayton, Curt, Dennis, Carole and others for jam sessions. It was a source of pride for Milt that grandson, Brady, took up guitar playing.

To order memorial trees or send flowers to the family in memory of Milton Sande, please visit our flower store.
Open