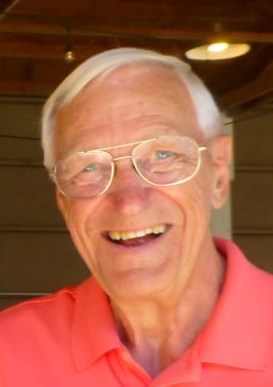 Neil Wogsland, age 85, passed away on March 23rd, in Maricopa, AZ. A memorial service will be held at 2:00 p.m. on Friday (May 13th), at Fridhem Lutheran Church in Lengby, MN, with the Rev. John Ragan officiating. Interment will be in Fridhem Lutheran Cemetery, rural Lengby. Family will greet friends for one hour prior to the service on Friday (May 13th) at the church. Military honors will be provided by Spring Lake V.F.W. Post 2759 of Lengby, Menahga V.F.W. Post 6206, and the Air Force Honors Team. Local arrangements are with Carlin Family Funeral Service of Fosston and messages of condolence may be sent at www.carlinfuneral.com.

A dad, grandfather, brother, veteran, husband, and friend. A man whose life motto was that “he’d rather wear out than rust out” and anyone that met him knows that is how he lived his life until his last moments. Neil was born in Hoople, North Dakota on November 20th, 1936 to Melvin and Mable Wogsland; he is one of four brothers, Herb (Lyla), Gordan (Elaine), James (Marlene). He joined the Air Force in 1954 shortly after high school and went on to marry Katherine Carlstrom (deceased) in 1958. Kathy lost her battle to cancer in 2000 and, years later, Neil rekindled with a high school friend, Marilyn Frethem and they married in July 2003. Neil and Marilyn split their time living in Minnesota and Arizona.

Neil has lived a very accomplished life. He was a businessman throughout his life and was a partner in the Fertile Grain Elevator during his career with The Mill Mutuals and retired in 1997. He was on the Board of Directors of Federated Rural Electric Insurance Exchange and a board member at Great River Energy, he also served as an officer and director of the Todd-Wadena Cooperative Power Company. He was actively involved in the Wadena County Sheriff's Mounted Posse with his beloved horses.

Most importantly, he was the best dad, grandfather, brother, husband and friend one could ask for. He loved life, and he shared his passion for living every day to the fullest with his family while never missing any moment, big or small, in his children and grandchildren’s lives. So in light of Neil’s passing, our family asks you to spend time with your children and grandchildren, go for tee time at noon, ride a horse, play a round of cornhole, eat pie after dinner, play a competitive game of cards, drink a Budweiser, take a boat ride around the lake, go to coffee hour, call to check in on a friend, and spend a lot of time with your loved ones because that is what Neil would wish for you. He’d want you to love life. And he’d rather you wear out than rust out.

Thank you to the care team at Mayo Clinic and Hospice of the Valley Arizona for taking great care of our grandfather, husband, dad, and friend.

To order memorial trees or send flowers to the family in memory of Neil Wogsland, please visit our flower store.