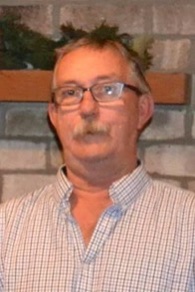 Paul Ophus, age 66, of Fosston, MN, passed away on Saturday, September 24th, at his home. A memorial service will be held at 2:00 p.m. on Thursday, October 6th, at the Carlin Funeral Home in Fosston with Pastor Seth Johnson officiating. Family will greet friends for one hour prior to the service on Thursday (6th) at the funeral home. Livestream of the service and sharing of condolences are available at www.carlinfuneral.com.

Paul worked at the Fosston Elevator Co-op as a grain buyer until 1983 when he was injured in an anhydrous ammonia tank accident. He then went to work with his brother Rich at his business Northside Construction as a heavy equipment operator in building trades. He traveled to the Twin Cities weekly for work for three years but returned home every weekend to be with his family. In 1990 Paul went to work for Kraus-Anderson Construction, St. Paul Division until his retirement in 2014.

Paul was a proud member of the International Union of Operating Engineers for 31 years. He could skillfully operate any piece of heavy equipment from a backhoe to a tower crane.

Paul was united in marriage to Judy Ball of Lengby, MN on December 12, 1981. Their daughter Kelly was born in 1983 and their son Andrew in 1987. The couple resided on their farm near Fosston until 1987, when they moved to the Twin Cities, built their home and raised their family in Lino Lakes, MN. In 2016, Paul and Judy returned to the Fosston area and built their home on the original farm they had left in 1987.

Paul instilled a strong work ethic in his children. He often said about work, “Every day, on time, sober.” He worked hard all week and played hard every weekend. He enjoyed being on their boat, teaching many to waterski. He also enjoyed hunting, riding snowmobile, restoring John Deere tractors, and playing cribbage.

Paul is proceeded in death by his parents J. Philip and Eunice Ophus; an infant granddaughter; his mother in law Lois Ball; sister and brother in law Peggy and Wallace Nelson; brothers in law Randal Ball and Lloyd Overmoen; nephews Robert John Ball and Jonathon Overmoen.

To order memorial trees or send flowers to the family in memory of Paul Ophus, please visit our flower store.
Open