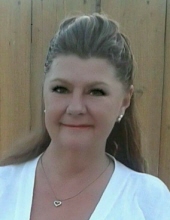 Penny Magnell, age 57, of McIntosh, MN, passed away unexpectedly on Monday, October 2nd, at her home in McIntosh. Memorial services will be held at 10:00 a.m. on Saturday, October 7th, at Our Savior's Lutheran Church in McIntosh with the Rev. Gordon Syverson officiating. Interment will be in Salem Lutheran Cemetery, McIntosh. Visitation will be held from 6:00 p.m. to 7:00 p.m. with a 7:00 p.m. prayer service on Friday, October 6th, at Our Savior's Lutheran Church in McIntosh. Family will also greet friends for one hour prior to the service on Saturday morning. Arrangements are with the Carlin Funeral Home of Fosston and messages of condolence may be sent at www.carlinfuneral.com. Penny Faye Fullmer was born on July 17, 1960 in Minneapolis, Minnesota to Webb and Janis Klemmetson Fullmer. Her father passed away when she was three years old. She and her mother then moved to McIntosh, Minnesota. She grew up in McIntosh and graduated from McIntosh High School in 1979. After high school, she attended Thief River Falls Technical College, graduating with a degree in Cosmetology.  Penny was married to Wes Magnell on July 11, 1981. She worked at a salon in Thief River Falls, for four years in Fosston and then owned and operated her own shop in Plummer, Minnesota called Cut Above the Rest. She also assisted in running the farm north of Oklee where she raised her family of 4 sons' and was active in the Ebenezer church. She currently resided in McIntosh. Penny was very supportive of her family and loved to go to their sporting events, she was the loudest in the stands! Penny loved sewing, crafting, fishing, and shopping for her grandchildren. Most of all, she loved spending time with her boys and their families. Penny always was proud of her sons' and grandchildren. Penny was a creative, caring, loving daughter, mother and grandmother. She was selfless and always made things special for everyone, Penny will be dearly missed. She is survived by her four sons, Jonathan (Holly) and their children, Aaron and Owen of Harwood, ND; Charles (Naomi) and their daughter, Maci of Oklee, MN; Mikel (Jill) and their children, Harper and Carsen of Moorhead, MN; and Wesley, Jr. (Jessica) and their children, Malea and Beckett of Hendrum, MN. Also surviving is her mother, Janis (Marvin) Wikstrand of McIntosh; sisters, Pam (Steve) Hopperstad of Red Lake Falls, MN, and Wendy (Thomas) WikstrandReitmeier of Fort Leavenworth, KS; and brother, Webb, Jr. (Tami) Fullmer of Lugoff, SC. Nieces and nephews also survive. She was preceded in death by her father, Webb Fullmer; her grandparents; and uncle, Marvin Klemmetson.

To order memorial trees or send flowers to the family in memory of Penny Magnell, please visit our flower store.