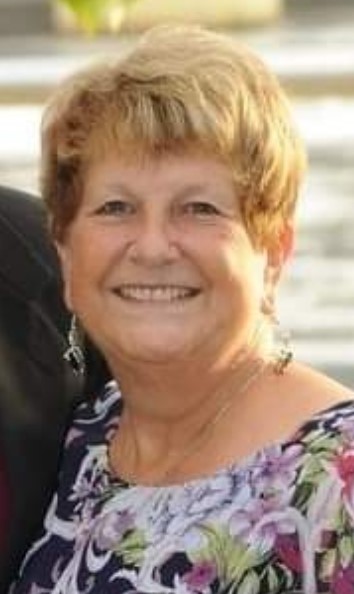 Phyllis Sjulson, age 69, of Fosston, MN, passed away on Sunday, December 19th, at Essentia Health Hospital in Fargo, ND. Funeral services will be held at 11:00 a.m. on Wednesday, December 29th, at New Journey Church in Fosston with Pastors Jarred LeBon and Tyler Stynsberg officiating. Interment will be in Rosehill Cemetery, Fosston. Visitation will be held from 5:00 p.m. to 7:00 p.m. with a 7:00 p.m. prayer service on Tuesday, December 28th, and for one hour prior to the service on Wednesday. All visitation will be held at New Journey Church. Arrangements are with Carlin Family Funeral Service of Fosston and messages of condolence may be shared at www.carlinfuneral.com.

Phyllis married Alden Morinville on December 4, 1971. Two children were born to this marriage, Mark and Stacy. The family spent the next 21 years living in numerous cities throughout the country while Alden was in the Air Force. In addition to caring for her family, Phyllis held various jobs during this time in her life, including bank teller and teacher’s aide. She returned to her roots in Minnesota in 1993.

Phyllis met Roger Sjulson at the Fosston Baptist Church while attending a Bible study. One thing led to another and they were married on June 7, 1997. With this marriage, the Sjulson family added two sons from Roger’s first marriage, Luke and Justin. Since their marriage, Phyllis and Roger have lived in Fosston where they have been active in their church and community.

Over the past 28 years, Phyllis has worked at several places, including the Pioneer Memorial Care Center in Erskine, Erskine Manufacturing, and the Fosston radio station. She also catered lunches for the Fosston Rotary Club for over 10 years.

Phyllis enjoyed giving of her time and talents. She did so within her church family at New Journey Church, as President of the Christian Women’s Club for several years, among many other volunteer events within the community. She was very much an organizer and liked providing hospitality; she planned family reunions on both sides, assisted with Rotary Club activities, and was kiddingly known as “executive goddess” within their chapter of the American Dental Association. She simply liked serving others.

Phyllis also enjoyed camping, going on pontoon rides, spending time at their home in Arizona, and time with family and friends.

She loved her Lord with all that was in her.  Husband, children, and grandchildren were the best things in her life on earth.  (This includes dear friends because they were family to her.)

She was preceded in death by her parents; and mother-in-law, Vivian Sjulson.

To order memorial trees or send flowers to the family in memory of Phyllis Sjulson, please visit our flower store.