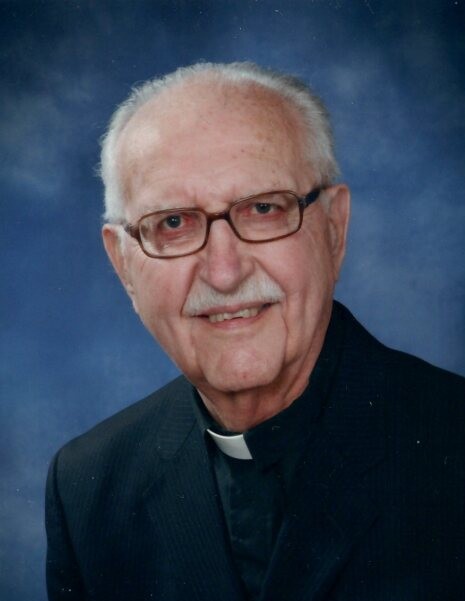 Rev. Aage Carlsen, age 84, of Fosston, MN, passed away on Saturday, February 26th, at Essentia Health Hospital in Fosston. Funeral services will be held at 11:00 a.m. on Friday, March 4th, at Kingo Lutheran Church in Fosston with the Rev. John Ragan officiating. Interment will be in Kingo Lutheran Cemetery, Fosston, in the spring. Visitation will be held from 5:00 p.m. to 7:00 p.m. with a 7:00 p.m. prayer service on Thursday, March 3rd, at the Carlin Funeral Home in Fosston. There will also be reviewal for one hour prior to the service on Friday at the church. The service will be live-streamed on the Carlin Facebook page and also recorded and available for viewing on Carlin website later in the day Friday. Arrangements are with Carlin Family Funeral Service of Fosston and messages of condolence may be shared at www.carlinfuneral.com.

Aage Sven Carlsen, age 84, died on Feb. 26, 2022 at Essentia Health, Fosston, Minnesota. Aage was born November 6, 1937, at Ixonia, Wisconsin, to parents Ejnar and Joan (Johanna Hansen) Carlsen. In June of 1942 the family settled on a farm near Capron, Illinois, where he grew up.

In his formative years, Aage enjoyed helping with farm work, especially field work and the annual threshing. He loved being around the various animals on the farm, including but not limited to: many cats, a dog, cows, pigs, and occasionally chickens.

Aage attended LeRoy Center school for the first four grades. When LeRoy Center school closed, he attended Boone-LeRoy elementary school in Capron, graduating from 8th Grade in 1951. He then attended North Boone Consolidated High School in Capron, graduating in 1955. Following high school he attended Luther College, Decorah, Iowa, majoring in history. Discerning a call to ministry, he entered Luther Seminary, St. Paul, Minnesota. During this time he spent a year of internship in Broadus, Montana. He returned to Luther Seminary for his final year of study graduating and being ordained in 1963.

During his post-secondary studies, Aage met and married Eloise Kirkendall of Belmond, Iowa. To this union three children were born, Roxanne, Brian, and Kathleen. In January of 1969 Eloise passed away suddenly and unexpectedly due to an undetected heart defect.

In May of 1970 Aage married Kay Eraker of Winger, Minnesota. To this union one child was born, Benjamin.

In his years of ministry Aage served congregations in Sebeka, Winger, Ashby, Climax, Parkers Prairie – all in Minnesota, and Galesburg, North Dakota. He retired in June of 2003, yet in retirement continued pastoral work, serving as an interim pastor, providing pulpit supply, as well as presiding for funerals and weddings.

Aage passed away on Saturday, February 26, 2022, at Essentia Health Hospital in Fosston at the age of 84 years.

He is preceded in death by his parents Ejnar and Joan and his first wife, Eloise.

Blessed be his memory

To order memorial trees or send flowers to the family in memory of Rev. Aage Carlsen, please visit our flower store.