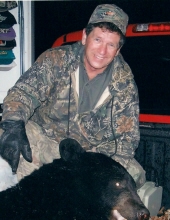 Ronald Tradewell, age 75, of Erskine, MN, passed away unexpectedly on Monday, February 19th, at his home. Funeral services will be held at 2:00 p.m. on Saturday, February 24th, at Grace Lutheran Church in Erskine with the Rev. Timothy Lundeen officiating. Interment will be in Fairview Cemetery, rural Erskine. Visitation will be held for one hour prior to the service on Saturday at the church. Arrangements are with the Carlin Funeral Home of Erskine and messages of condolence may be sent at www.carlinfuneral.com. Ronald Gudvin Tradewell was born on October 11, 1942 to parents Chester and Myrtle Nephew Tradewell in Fertile, Minnesota, where he was raised and attended school. He was united in marriage to Judy Strom to which two sons were born, Lee and Steven. In 1984, he married Nancy Bensen and they shared 33 years of marriage.He worked at several places including Custom Tool, Pepsi Cola, Eddy's Bread and Garden Valley Telephone. He retired from Garden Valley Telephone after 26 years of service.He loved spending time with his children, grandchildren and great grandchildren. He loved the outdoors, fishing, snowmobiling, dark house fishing, hunting deer and black bear. He loved having his children and grandchildren with him teaching them about hunting and fishing. Bear hunting was his favorite, especially when his sister, Darlene, was with him. His friends were very important to him whether it was lunch at Ness Café or the Friday night get together with the "gang". Ronnie was always prepared for any situation in having a backup for a backup. He enjoyed life to the fullest.He passed away on Monday, February 19, 2018 at his home in Erskine with his loving wife at his side, at the age of 75 years.He is survived by his wife, Nancy; two sons, Lee and Lesly Tradewell of Erskine and Steve and Melissa Tradewell of Bemidji, MN; grandchildren, Matthew, Melissa, Zac, and Mariah Tradewell; five great grandchildren; two brothers, Maynard (Dorene) Tradewell of Coon Rapids, MN and Mike (Kathy) Tradewell of Jacksonville, NC; one sister, Darlene Gast of Fertile, as well as several nieces, nephews and cousins. He was preceded in death by his parents; one sister, Marlys Rasmussen; one brother, Wilbert; and brothers-in-law, Harold Gast and Melvin Rasmussen.

To order memorial trees or send flowers to the family in memory of Ronald Tradewell, please visit our flower store.