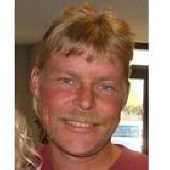 Rory Austad, age 48, of Trail, MN and formerly of Goodridge, MN, passed away unexpectedly on Saturday, February 20th, at Essentia Health Hospital in Fosston, MN. Funeral services will be held at 11:00 a.m. on Thursday, February 25th, at Sand Valley Lutheran Church in Trail with Pastor Dawn Hansen, LLM officiating. Interment will be in the church cemetery. Visitation will be held from 5:00 p.m. to 7:00 p.m. with a 5:30 p.m. prayer service on Wednesday, February 24th, at the Carlin-Hoialmen Funeral Home in Fosston. There will also be reviewal for one hour prior to the service on Thursday at the church. Arrangements are with the Carlin-Hoialmen Funeral Home of Fosston and messages of condolence may be shared at www.carlinhoialmen.com.Rory James Austad was born on August 18, 1967 in Coon Rapids, Minnesota to parents Lyle and Joyce Boman Austad. He grew up and attended school in Goodridge, Minnesota and Thief River Falls, Minnesota. He then attended the AVTI in Thief River Falls for auto body repair. Rory worked as a carpenter in the Twin Cities and the Pequot Lakes/Brainerd, Minnesota area for several years. The last eight years, he spent working for Tony Moen for Northern Construction out of Goodridge. He and his fiancé, Melissa, resided in Goodridge until recently when they moved to Trail. Rory loved hunting, fishing, animals, the outdoors and spending time with family and friends. He was known as a "jack-of-all-trades" and a fun-loving person who always had a smile on his face. He will be fondly remembered by his friends and family as someone with a heart of gold who was always willing to lend a hand to anyone in need. He will be missed.Survivors include three children, Rachel, Katie and Michael; two grandchildren, Nathan and David; his father, Lyle of Fort Worth, TX; fiancé, Melissa Hagman of Trail; four siblings, Troy (Nanette) of Oklee, MN, Kellie (Jake) Macias of Fort Worth, TX, Kari Wilde of Alexandria, MN, and Carissa (Mike) Affeldt of Fosston. Many nieces and nephews also survive.He was preceded in death by his mother, Joyce; step-mother, Vicki Austad; his grandparents, Ione and Ole Austad and Wallace and Violet Boman; uncles, Russell Austad and Gary Austad; and cousins, Jonathan Austad and Harold Myrum. Honorary Pallbearers: Larry CullenActive Pallbearers: Tony Moen, Josh Myrum, Mike Affeldt, Michael Cullen, Keith Mathews, and Tracey Kotrba.

To order memorial trees or send flowers to the family in memory of Rory Austad, please visit our flower store.