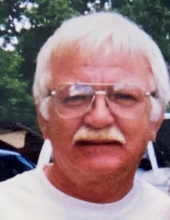 Sheldon P. Lee, age 79, of Fosston, MN, formerly of McIntosh, MN, passed away on Wednesday, December 9th, at Essentia Health Hospital in Fosston. Memorial services will be held at 1:00 p.m. on Monday, August 9th, at the Carlin Funeral Home in Fosston with the Rev. Gordon Syverson officiating. Interment and military honors will be held at Trinity Free Lutheran Cemetery, rural McIntosh following the service. Family will greet friends for one hour prior to the service on Monday at the funeral home. Military honors will be provided by the Marine Honors Team and arrangements are with Carlin Family Funeral Service of Fosston. Messages of condolence may be shared at www.carlinfuneral.com.

Sheldon Pervin Lee was born on May 12, 1941, the youngest of eight children to parents Peder and Sophie (Mjovig) Lee in McIntosh, MN where he grew up and attended school.

He married Nancy Lucille Pearson in 1967 in Minneapolis, MN and had three children. He worked as an iron worker and welder for most of his career.

Sheldon was a free spirit spending time traveling and working at various locations including Prudhoe Bay, Alaska and Greenland. He loved country and bluegrass music enjoying concerts throughout the United States, especially in Wyoming and Missouri. He could sing a tune to go along with any situation. He loved his children and never forgot a birthday. Sheldon will be remembered for his great sense of humor and quick-witted remarks.

He is survived by his daughters; Christine (Cory) Gerlach of Knoxville, TN and Kathy (Bruce) Richmond of Woodland Hills, CA.

He is preceded in death by his parents, brothers Luverne, Bernt, Ernest, Harvey and Marvin Lee. Sisters Dagny Eck and Gyda Gullekson (who passed away on December 2, 2020), and brothers-in-law Ronald J. Eck and Lynn L. Gullekson.

To order memorial trees or send flowers to the family in memory of Sheldon Lee, please visit our flower store.