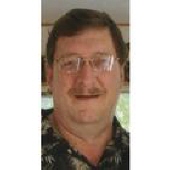 Steven Gaalswyk, age 60, of Erskine, MN, passed away on Friday, March 18th, at his home in Erskine. Funeral services will be held at 11:00 a.m. on Monday, March 21st, at Grace Lutheran Church in Erskine with the Rev. Timothy Lundeen officiating. Interment will be in Sorum Cemetery, rural Erskine. Visitation will be held for one hour prior to the service on Monday at the church. Arrangements are with the Carlin-Hoialmen Funeral Home of Erskine and messages of condolence may be sent at www.carlinhoialmen.com.Steven Mark Gaalswyk was born on November 11, 1955 in Fairmont, MN to parents Jacob & Mary Jane (Johnson) Gaalswyk. His family lived in Welcome, MN until 1966 when they moved to a farm north of Erskine in Badger Township. He was baptized on January 22, 1956 at Long Lake LDR between Ormsby and Oden, MN. He graduated from Erskine High School in 1974. He immediately went to work hauling grain with his father back and forth to Duluth. For the next 30 plus years, he worked for various long-haul trucking companies. A proud accomplishment for Steve was when he received the "One Million Mile Safe Driving" award.Steve married Barbara Enerson (Hoaas) on June 3, 1978. He lovingly accepted the responsibility of helping to raise four children: Danette, Darryl, Angela, and Aaron. This union was soon blessed with the addition of Alyssa. They continued to live in Erskine and were members of Grace Lutheran Church. Steve and Barb enjoyed taking trips together; often times in the semi-truck, but a highlight of their travels included a trip to Switzerland. Steve was diagnosed with AL Amyloidosis in January of 2015 and was forced to retire from the "Big Rig." Steve was a very loving man that was known for his big, burly hugs. He was an avid conversationalist and loved to strike up a conversation with anyone and everyone. His loud, booming voice and boisterous laugh will never be forgotten. He was also known for his incorrect clichés and misnomers, such as "nip it in the butt." Spending time with his family, especially his grandkids, was very important to him and he always had a special quarter in his pocket for each one of them. Reading has always been his favorite pastime. In recent years, his "Nook" has been his constant companion. He also loved to golf, go 4-Wheeling, and spend time at the camper in the summer. Steve enjoyed hunting, fishing and sporting clays with the guys.Steve took his final journey on the eternal highway to heaven on March 18, 2016. Loving family members left behind:Wife: Barbara Gaalswyk. Children: daughter Danette (Scott) Burlet of Becker, MN, son Darryl (Terry) Enerson of Battle Lake, MN, daughter Angela (Gary) Walker of Erskine, MN, son Aaron Enerson of Erskine, MN, and daughter Alyssa (Jesse) Hickman of Erskine, MN. Grandchildren: Jerrel (Danielle) Enerson-Matthews of Eagan, MN, Megan (Taylor) Hochstein of Cromwell, MN, Chelsey Enerson of Duluth, MN, Connor Burlet of Becker, MN, Gavin Walker of Erskine, MN, Anton, Adylaide, and Ainsley Hickman of Erskine, MN. Mother: Mary Jane Gaalswyk of Erskine, MN. Siblings: Susan (Dennis) Rabehl of Rochester, MN, Quentin (Deaneen) Gaalswyk of Rochester, MN, Jason (Jan) Gaalswyk of Farmington, MN, Fern (Kent) Johnson of Crookston, MN.Meeting him at the Pearly Gates:Jacob Gaalswyk (father), Roger Lent (brother-in-law), Corey Rogalla (nephew), Roberta & Clifford Anderson (mother-in-law and father-in-law).Active Pallbearers: Bob Vesledahl, Gary Kolstad, Fran Pries, Kevin Juve, Randy Lee, and Terry Cook.Honorary Pallbearers: All the many people he met on his adventures on the road!

To order memorial trees or send flowers to the family in memory of Steven Gaalswyk, please visit our flower store.