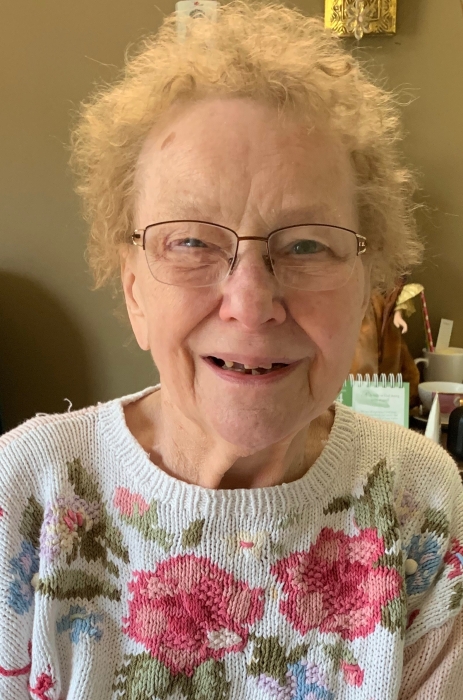 Susan Bjerken, age 81, of Mountain Lake, MN and formerly of Fosston, MN, passed away on Saturday, February 26th, at the Good Samaritan Home in Mountain Lake. Funeral services will be held at 2:00 p.m. on Friday, March 11th, at Bethel Assembly Church in Fosston with Pastor Seth Johnson officiating. Interment will be in Mamre Cemetery, rural Fosston, in the spring. Visitation will be held from 5:00 p.m. to 7:00 p.m. with a 7:00 p.m. prayer service on Thursday, March 10th, at the Carlin Funeral Home in Fosston. There will also be reviewal for one hour prior to the service on Thursday (March 10th) at the church. The service will be live-streamed on the Carlin Facebook page and recorded for viewing later on the Carlin website. Arrangements are with Carlin Family Funeral Service of Fosston and messages of condolence may be shared at www.carlinfuneral.com.

Susan Caroline was born to Arthur C. Berg and Ragna Gina (Widseth) Berg on April 19, 1940, in Bagley MN.  The third child of five, having two older and two younger brothers.

She lived several places in childhood Bagley, Cloquet and her parents eventually opened the B & B Café in McIntosh, MN.

She was active in multiple musical endeavors throughout her lifetime with her beautiful soprano voice singing out to the very end, bringing comfort through FaceTime to children and family.

She found the love of her life while attending college at Concordia College Moorhead, MN and was engaged to be married while he was attending NDSU in Fargo, ND.

Maurice Jerome (Jerry) Bjerken and Susan C. Berg were united in Holy Matrimony in Our Saviors Lutheran Church in a candlelight ceremony on August 22, 1959.   Their honeymoon was at Parkland Resort in Kenora, Ontario.

Susan and Jerry had a large family of 8 living children and 5 miscarriages. She was a Sweet Mama and lovingly cared for her last-born son Jeremiah until 78 years of age. When we realized dementia was setting in we moved her to Mountain Lake MN.  We all have stories to tell of her trips out to help with birth of her grandchildren and helping with surgeries or other Motherly cares, it seems that Mothering was a livelong dedication to us all. Living most of her life in Minnesota, and Billings, MT.

She was known for her strong faith In Jesus, having a gracious spirit, welcoming all who came to her. Opening her home to many for a cup of coffee and warm hug. Cooking for our large family gatherings at our family home every holiday. We would somehow have up to 40 for holidays suppers and desserts.

Susan passed away due to complications of aspiration pneumonia and dementia residing at Good Samaritan in Mountain Lake, MN.

She is survived by Brothers: Chuck (Marge) Berg and John (Sue) Berg, and Brother-in-Law: Ronald Holecek

Survived by multiple nephews and Nieces

Those that have passed on before:  Parents: Arthur and Ragna Berg, Brothers: Carlin Berg and Raymond Berg

To order memorial trees or send flowers to the family in memory of Susan Bjerken, please visit our flower store.