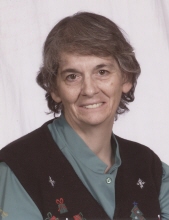 Susan Diane Hanson, age 66, of Crookston, MN and formerly of Fosston, MN, passed away on Friday, April 26th, at Country Place Assisted Living in Erskine, MN. Funeral will be held at 11:00 a.m. on Saturday, May 25th, at New Journey Church in Fosston with Pastor Steve Hanson and Pastor Mark Hanson officiating. Interment will be in Rosehill Cemetery, Fosston. Visitation will be held for one hour prior to the service on Saturday at the church.Susan Diane Hanson was born in the Fosston, MN, hospital on Aug. 8, 1952, to Victor and Janice Anderson Hanson. They lived on a farm in Bransvold township. Susan graduated from Fosston High School in 1971. She accepted the Lord as her savior as a young girl, and was then baptized as a teen. She attended Fosston Baptist Church until moving away in 1973. Being a nanny and home health care giver were Susan's main forms of work, which she did in Minneapolis, MN, St. Paul, MN Grand Forks, ND, and Mesa, AZ. In her thirties she decided to take a course in food preparation at the Detroit Lakes Tech school. It prepared her for a job at UND in Grand Forks, ND. A couple of her brothers lived in Mesa, AZ, so in the 1980's Susan went there to live and work. After a couple of years, she became seriously ill. Because of her illness, she had to come back to Fosston, as she was unable to work. Susan then moved to Crookston, MN, to be closer to doctors, hospital, and transportation. She was able to have an apartment for several years there. Her family and friends were very special to her. She would keep in touch with phone calls. She loved doing many different kinds of crafts and jigsaw puzzles to pass the time. Susan had a very giving spirit and would love to give her little grand nieces and nephews gifts. Photos were very important to her. After being in the hospital in March, Susan had just moved to an assisted living apartment at the Country Place at Erskine, MN. Her death came as a shock to the family. The Lord came very peacefully and said "your time on earth is done." We praise Him as a family that her suffering is over. Blessed be her memory. We loved her so much. She was preceded in death by her father, Victor Hanson and a brother-in-law, Rob Pearson.Susan is survived by her Mother, Janice Hanson of Fosston, MN; four Brothers: Tim (Sally) Hanson of Fosston, MN, Morris (Julie) Hanson of Mesa, AZ, Steve (Bonnie) Hanson of Bemidji, MN, Joel (Jackie) Hanson of Bemidji, MN; two sisters: Cathie (Grant) Schultz of Grand Forks, ND and Carol (Ron) Gresham of Moorhead, MN; many nephews and nieces and several grand nephews and nieces.Active Pallbearers will be her nephews and grand nephews and honorary pallbearers will be her nieces and grandnieces.

To order memorial trees or send flowers to the family in memory of Susan Hanson, please visit our flower store.