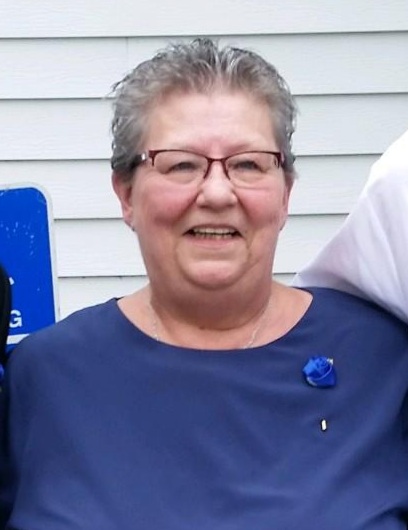 Wendy Godtland, age 65, of Fosston, MN, passed away unexpectedly on Friday, February 25th, at Essentia Health Hospital in Fosston. Funeral services will be held at 2:00 p.m. on Friday, March 4th, at Hope Lutheran Church in Fosston with the Rev. Jane Ekholm officiating. Interment will be in Fridhem Lutheran Cemetery, rural Lengby in the spring. Visitation will be held for one hour prior to the service on Friday at the church. Arrangements are with Carlin Family Funeral Service of Fosston and messages of condolence may be shared at www.carlinfuneral.com.

Wendy Jo Ramberg was born on January 3, 1957, in Baudette, Minnesota to loving parents Edgar and Helen (Jezdik) Ramberg. She had two older brothers, Eddie and Martin. She grew up on a farm south of Pitt, Minnesota. As a child she loved playing and helping on the farm. She would frequently be in with the animals and also swimming in the water trough. When she was in high school her dad, Edgar, passed away. At the age of 16 she got a job as a CNA at the nursing home in Baudette. She graduated from Baudette High School in 1975. In 1984, she got married to Donald Armstrong and moved to Canada. In October of 1985, she welcomed her first born, Michael. By 1991 both of her brothers had passed away and she got divorced. At that time, she and Michael moved back to Baudette.

She met Dewayne Ludwig in Baudette and, in 1993, she moved to Fosston, Minnesota. In April of 1996, she welcomed her second son, Mathew Ludwig. Wendy was a stay-at-home mom. In 2002, she met Gary Godtland and they got married in April of 2005.

Wendy enjoyed spending time at Pine Lake in the summers with family and friends. She worked at the Legion in Fosston, the VFW in McIntosh and Venture’s Bar and Grill. She played in an 8-Ball Pool League for both the VFW and Venture’s Bar and Grill and, while she lived in Baudette, was on a bowling league. In 2006, her mother, Helen, moved in and she took care of her until her death in 2012. In 2013 she got a job in the activities department at Essentia Living Center where she worked until her retirement in 2019.

She was preceded in death by her father, Edgar Ramberg; her mother, Helen Ramberg; brothers, Eddie and Martin; and infant daughter, Roselynn Armstrong.

To order memorial trees or send flowers to the family in memory of Wendy Godtland, please visit our flower store.