Share a memory
Life Story & Services
Tribute Wall
Read more about the life story of David and share your memory.

David Sannes, age 72, of McIntosh, MN, passed away on Friday, November 11th, at McIntosh Senior Living. A memorial service will be held at 2:00 p.m. on Tuesday, November 29th, at Our Savior’s Lutheran Church in McIntosh with the Rev. Keith Zeh officiating. Interment will be in St. John’s Cemetery, rural McIntosh. Family will greet friends for one hour prior to the service on Tuesday (November 29th) at the church. Arrangements are with Carlin Family Funeral Service of McIntosh and messages of condolence may be shared at www.carlinfuneral.com.

David Armond Sannes was born December 7, 1949, in Minneapolis, MN to Armond Sannes and Irene (Grambo) Sannes. At 2 years old they moved back to McIntosh. David was confirmed a member of Our Savior’s Lutheran Church in McIntosh and later became a member of Prince of Peace in Arizona. In high school he was active in band, choir, football, basketball, and golf. He graduated from McIntosh High School in 1967.

David attended Bemidji State for 1 year and decided on a warmer climate, finishing college at Arizona State University with a business degree. He spent 3 years in the National Guard. David went on to work at Wells Fargo and then on to American Express for 20 years until his retirement. A couple of David’s favorite hobbies were flying and golfing with friends and family. His love of flying started at a young age when he’d go flying with his dad and sister. After college he got his pilot’s license and made many trips to various states to see friends and family. One of his favorite flights was with his dad when they flew from Arizona to Minnesota.

David had a big heart for his niece and nephew. He had a great sense of humor and loved giving them a hard time. He will be greatly missed.

Preceded in death by his parents Armond and Irene Sannes, and grandparents Ole and Livie Sannes and Otto and Norma Grambo. 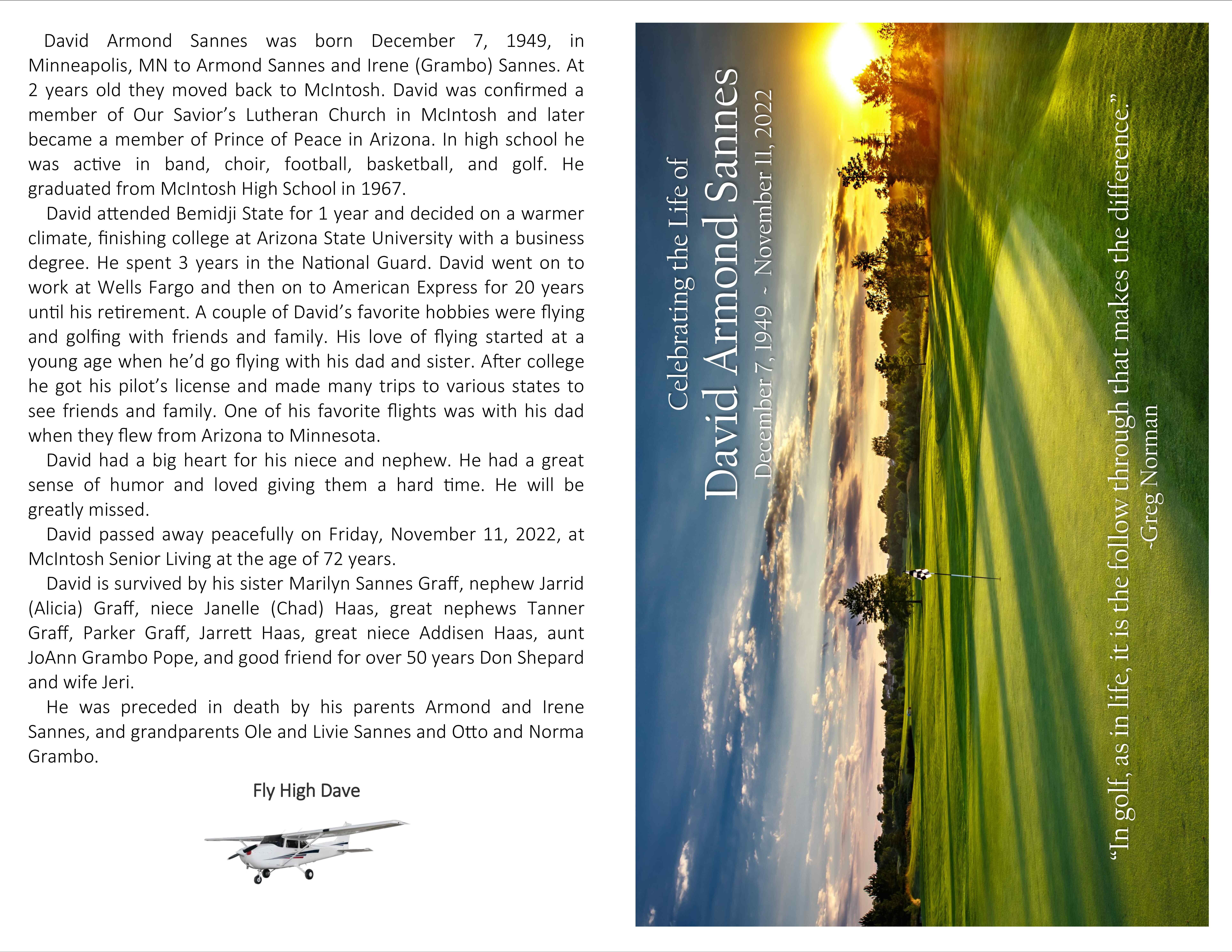 To send flowers to the family or plant a tree in memory of David Sannes, please visit our floral store. 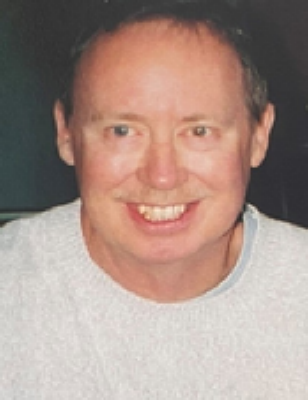