J. Duane Olson, age 76, of Fosston, MN, passed away on Monday, October 31st, at his home. A memorial service will be held at 2:00 p.m. on Tuesday, November 8th, at Kingo Lutheran Church in Fosston with the Rev. John Ragan officiating. Interment will be in Kingo Lutheran Cemetery, Fosston. Visitation will be held on Monday, November 7th, from 5:00 p.m. to 7:00 p.m. with a 7:00 p.m. prayer service at the Carlin Funeral Home in Fosston. Family will greet friends for one hour prior to the service on Tuesday at the church. Military honors will be provided by the National Guard Honors Team. Arrangements are with Carlin Family Funeral Service of Fosston and messages of condolence may be shared at www.carlinfuneral.com.

John Duane Olson was born on July 5, 1946, in Fosston, Minnesota to parents John and Mary (Vedbraaten) Olson. He was baptized and confirmed at Kingo Lutheran Church in Fosston. He grew up in Rosebud Township and attended Pine Hill country school until the eighth grade when he attended Fosston High School. He graduated in 1964. He then continued his education at the vocational school in Staples, Minnesota for heavy equipment operating.

In 1965 he joined the Army National Guard and served his country for six years. He was united in marriage to Janet Watnemo on November 4, 1967. Together they had three children – Lynn, Joel and Tami.

He worked winters for Lenes doing snow removal and for Polk County mowing road sides for 13 years until failing health.

To send flowers to the family or plant a tree in memory of J. Duane Olson, please visit our floral store. 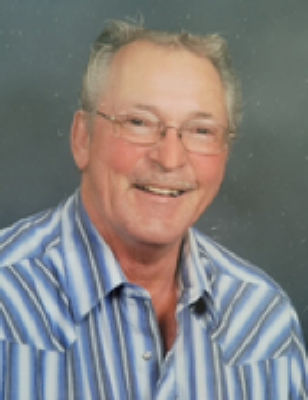