Steven Reierson, age 77, of Fosston, MN, passed away on Monday, August 29th, at McIntosh Senior Living in McIntosh. Funeral services will be held at 11:00 a.m. on Friday, September 9th, at Kingo Lutheran Church in Fosston with the Rev. John Ragan officiating. Interment will be in Kingo Lutheran Cemetery, Fosston. Visitation will be held for one hour prior to the service on Friday (9th) at the church. Military honors will be provided by the Marine Honor Team. The service will be live-streamed on the Carlin website and messages of condolence may be shared at www.carlinfuneral.com.

He was baptized, confirmed, and a member of Kingo Lutheran Church in Fosston.

He graduated from Fosston in 1963, then attended Thief River Falls Technical College for auto body.

He served in the United States Marine Corps from 1965 until 1968 and was in Vietnam for 1 ½ years in the Army Wing Division.

Steve was an over-the-road trucker for 30 years. His trucking took him to 48 States and Canada; over 2 million miles when he retired from trucking and moved permanently to Fosston.

Due to back pain in later years and limited mobility, he spent a lot of time on his computer playing games and watching YouTube videos.

Steve passed away peacefully on Monday, August 29, 2022, at McIntosh Senior Living at the age of 77 years.

He was preceded in death by his parents, Clayton and Ida; and brothers, Bob and Jack. 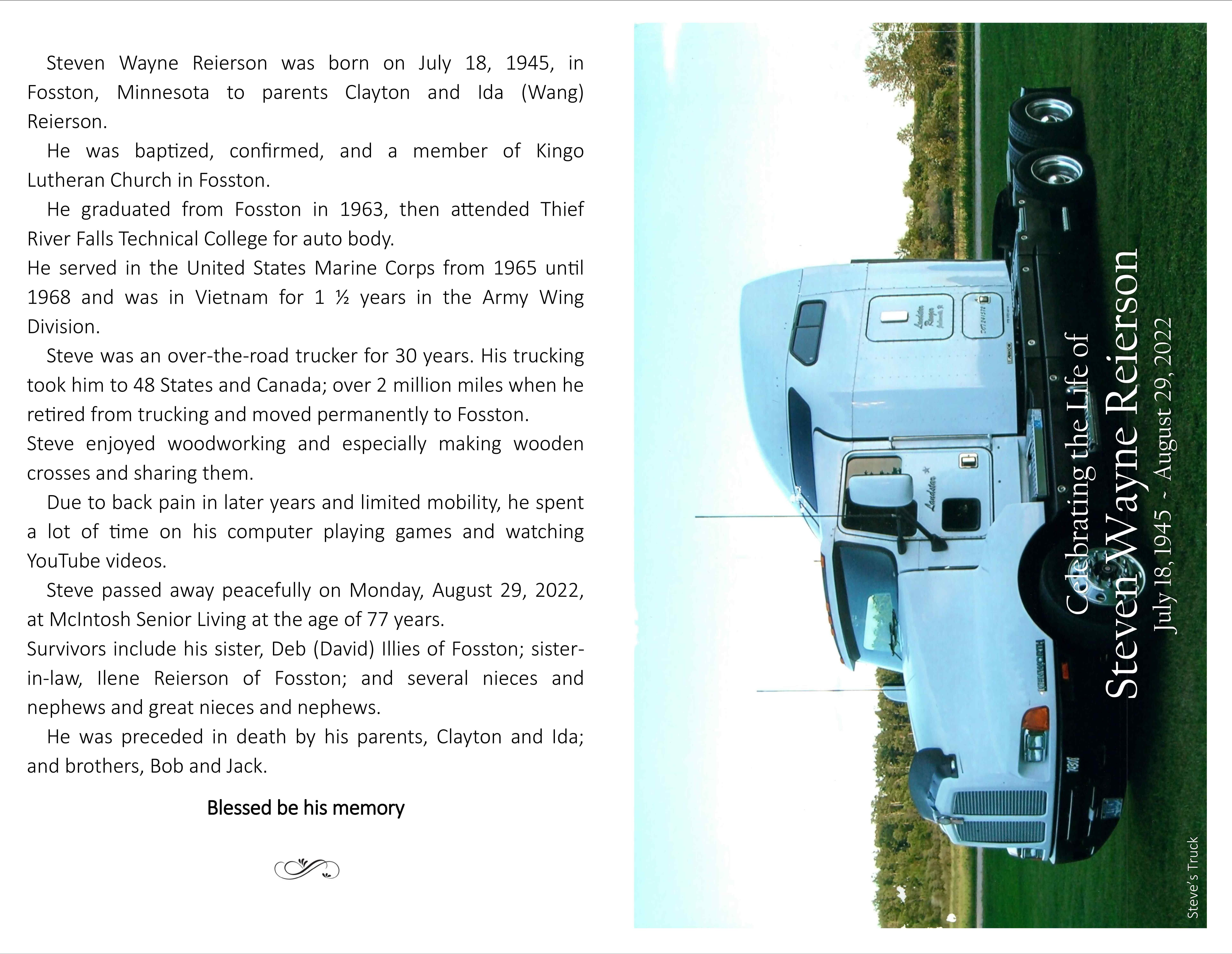 To send flowers to the family or plant a tree in memory of Steven Reierson, please visit our floral store.

A Memorial Tree was planted for Steven

We are deeply sorry for your loss - the staff at Fosston, MN

Join in honoring their life - plant a memorial tree